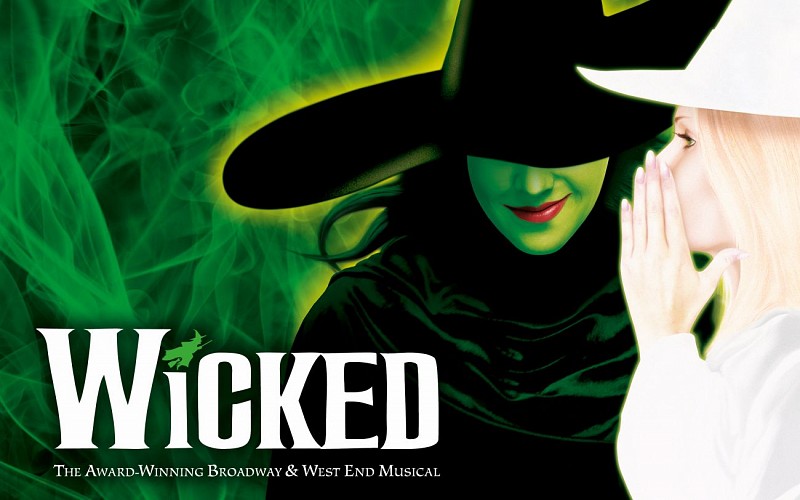 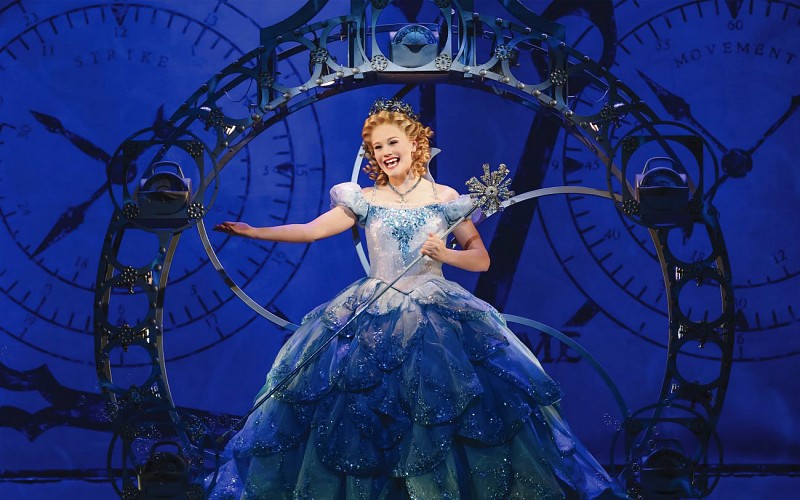 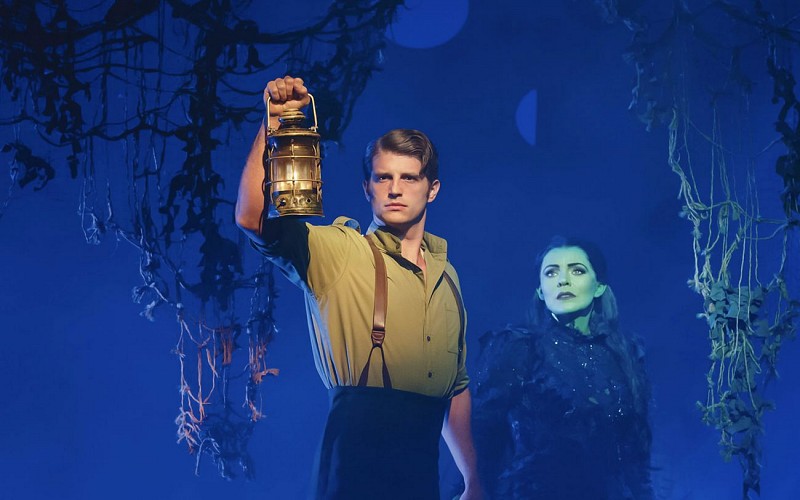 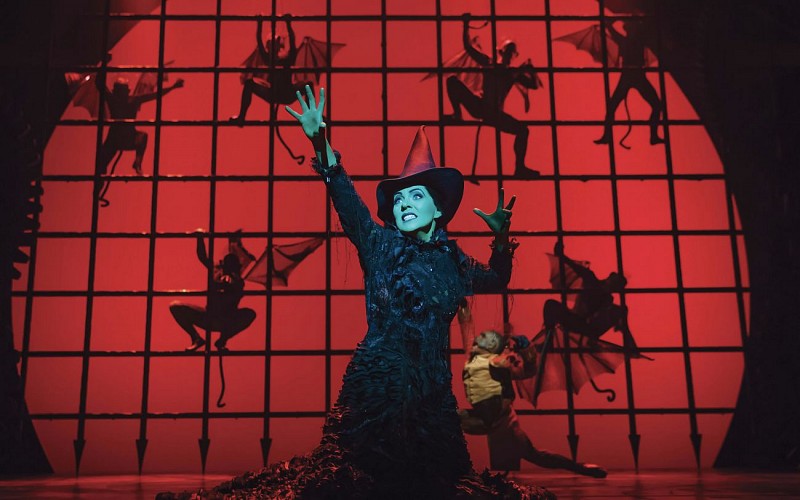 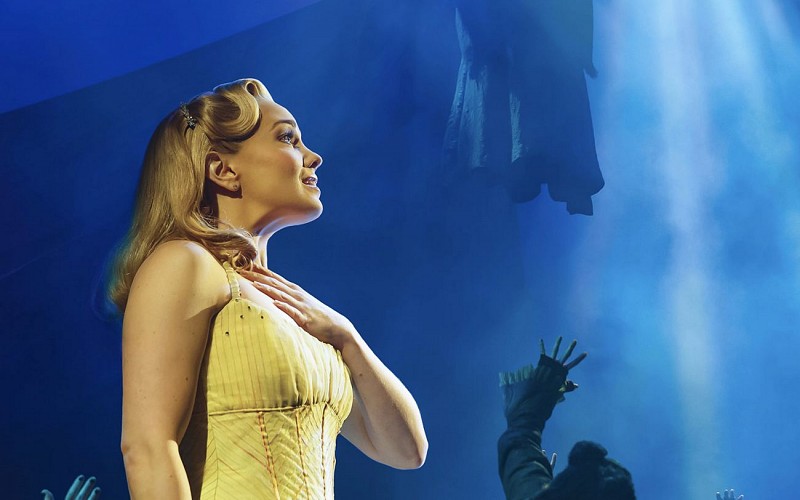 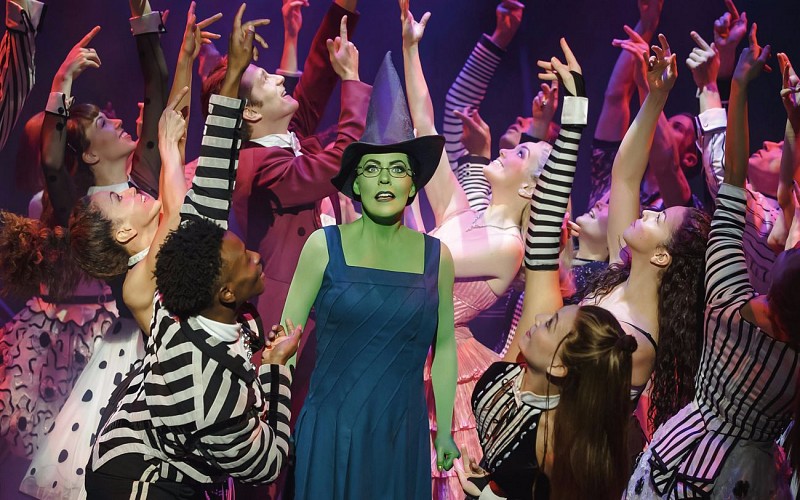 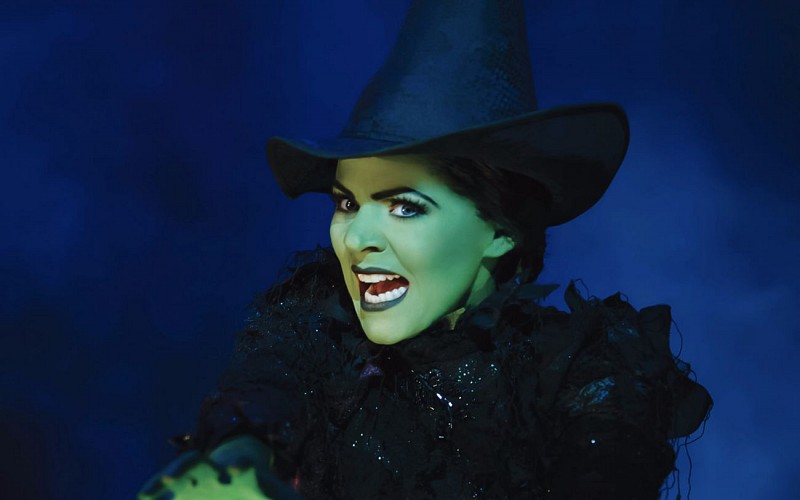 Wicked first opened on October 30th, 2003 and has since then grown into one of the highest-grossing and longest running shows in Broadway history. Applauded as ‘Broadway’s Biggest Blockbuster’ by The New York Times, Wicked is an extravagant and fantastic musical that takes viewers through a rollercoaster of emotions. A hit with family audiences, the musical is a treat to the senses with stunning visuals and riveting music. The wonderful amalgamation of top notch acting and theatrical effects creates a magical experience for viewers.
The Story

Most of the world knows the story of Dorothy and the Wizard of Oz; but, before that, came the tale of two witches – The Wicked Witch of the West, Elphaba, and The Good Witch of the North, Glinda. In this brilliant theatrical adaptation of the 1995 Gregory Maguire novel “Wicked: The Life and Times of the Wicked Witch of the West”, the musical unveils the story of these two unlikely friends. Told from the perspective of Elphaba and Glinda, Wicked explores their rivalry and struggles. From clashes with one another’s personality differences, to difficulties with the Wizard's corrupt government, find out what happens to the witches and what, ultimately, leads to Elphaba's public fall from grace.
Good for
Family audiences | Wizard of Oz fans | Comedy lovers
Critics Reviews
If every musical had a brain, a heart and the courage of Wicked, Broadway really would be a magical place.”

Know Before You Go
Show Details
Show Timings
Tuesday to Thursday
7:00 PM
Friday
8:00 PM
Saturday
2 PM & 8 PM
Sunday
2 PM & 7 PM
Duration
2 hours and 45 minutes, with 1 intermission
Leading Roles
Jackie Burns as Elphaba
Amanda Jane Cooper as Glinda
Ashley Parker Angel as Fiyero
Rondi Reed as Madame Morrible
P.J. Benjamin as The Wizard
Directed by
Casey Nicholaw & Joe Mantello
Choreographer
Wayne Cilento
Top Songs
"For Good”, “Defying Gravity”, “No Good Deed” & “Popular”
Additional Information
Audience
Suitable for ages. No entry for children below age 5.
Available Facilities
Wheelchair Accessible
In-house Bar
Coat Check
Seating
The theater has a seating capacity of 1,933. For tips on how to choose the best seats, you can refer to our Gershwin Theatre Seating Chart Guide.
Outside Food
Strictly prohibited. If you'd like to grab a meal before or after the show, check out our guide to the 30 Best Restaurants in the Theater District.
Dress Code
Smart and casual wear is recommended. Keep in mind, the theater is air conditioned throughout the year and can get a bit chilly.