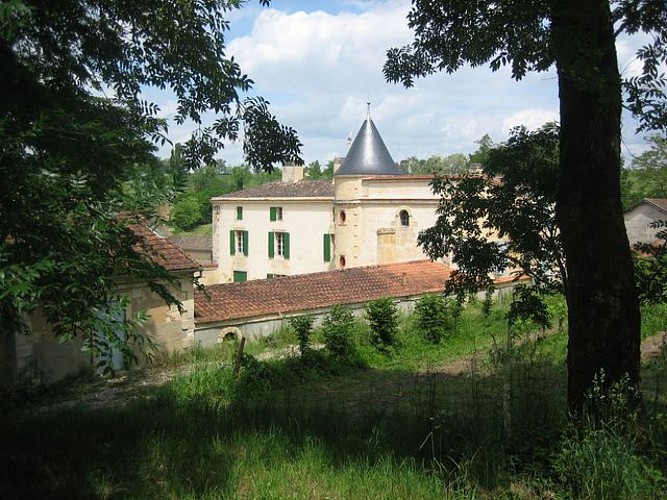 In Saint-Ciers-de-Canesse, between Bourg and Blaye, Château La Grolet is a beautiful property with told parts dated back from to the XVIIth century. It is also a 38 hectare domain made up of meadows, groves, plans of water and of terraces on which vineyards run. This bucolic landscape reminds that the Côtes de Bourg deserves their nickname of " small Girondist Switzerland ".

By following the path lined, in the summer months, with rosebushes of a blazing red, you fall on an elegant building, flanked by a round tower topped with a bell tower in slate. It is there that Rachel and Gabriel welcome you. This wine growers' family for the XIXth century possesses two other castles, all managed according to a biodynamic initiative. After the tasting, pursue your way on the right bank of the Estuary of the Gironde

Château awarded "Vignoble et chais en Bordelais": Book a free visit and tasting from Monday to Sunday with appointment, from 9.00 a.m. to 6.00 p.m..