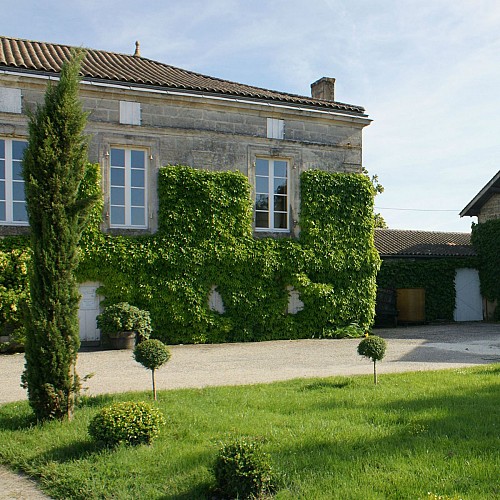 At 40 km at the North of Bordeaux, on the right bank of the Dordogne, Château Fougas welcome you (by appointment) in this region called "small Girondist Switzerland". Set up in 1778, this Girondist house is one of the most former properties of the Côtes de Bourg. Until XVIIIth century, Fougas and its 17 hectares of vineyards were a part of lands of the priory of Bellegarde. Acquired in 1976 by Jean-Yves Bechet and his wife Michèle, Château Fougas, certified in organic farming since 2007, is hired from now in a conversion towards the biodynamie.

Fascinated by their work, your hosts reserve you a warm welcome. There what consists the organic farming? The biodynamie? What are the various stages of the wine making?