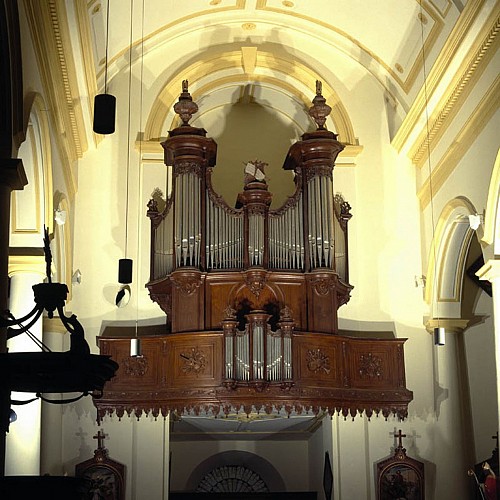 The church of St Nicolas, in its early state, dates from the first half of the 15th century. Only the tower and slender steeple still reflect the architecture of this period. The remainder of the building was rebuilt at the very beginning of the 18th century in Baroque style, featuring scrolled gables and a monumental porch.

The furnishings, mainly from the 18th century (Baroque high altar, stalls and pulpit in the style of Louis XV) are enhanced by a remarkable organ dating from the second half of the 19th century, designed by François-Bernard Loret and rebuilt in its current form by Pierre Schyven. Featuring three keyboards, the organ is made up of four turrets standing out from face plates in a symmetrical composition. This organ is the last in a series of instruments that have succeeded one another on the west platform, which explains why it is in a Louis XVI-style organ case from the end of the 18th century, installed and richly sculpted for the previous organ.