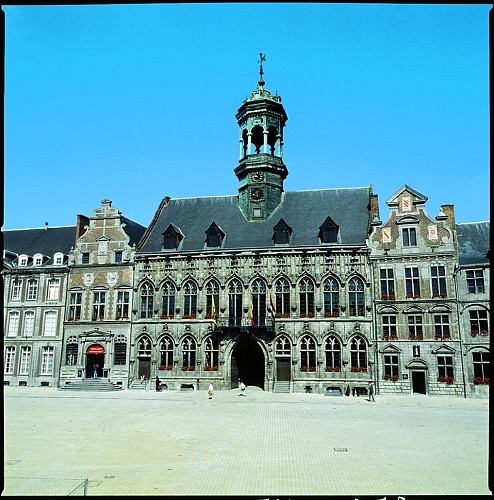 Succeeding the hall of peace located on the same site on the fringes of the market, the town hall at Mons is the only one in Wallonia built in the Gothic style. Work on it began in 1459, using the Louvain town hall as a model, but was never completed.

Some annexes were added during the 17th century, such as St George's chapel and the wing containing the wedding room, notable for its stucco ceiling dating from 1682. Part of the interior was remodelled in the neo-Gothic style.

The heavy bell-tower of 1718  still contains the town bell, which dates from 1390, and to the left of the entrance is the famous statue of a monkey, which is supposed to bring good luck to anyone who strokes it with their left hand.