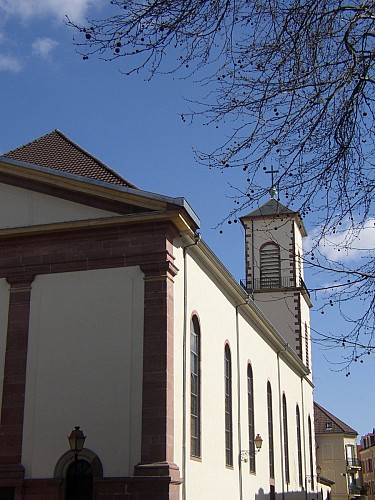 Originally a Franciscan convent founded in the second half of the 13th century, the development of the future Church of Saint Mary was halted by the installation of the Reformation in the 16th century in Mulhouse. The former convent was used as an artillery depot before the restoration of Catholic worship in the early 19th century in the Church of Sainte-Marie. Since then, various restoration works have been carried out and the church frequently hosts choirs.