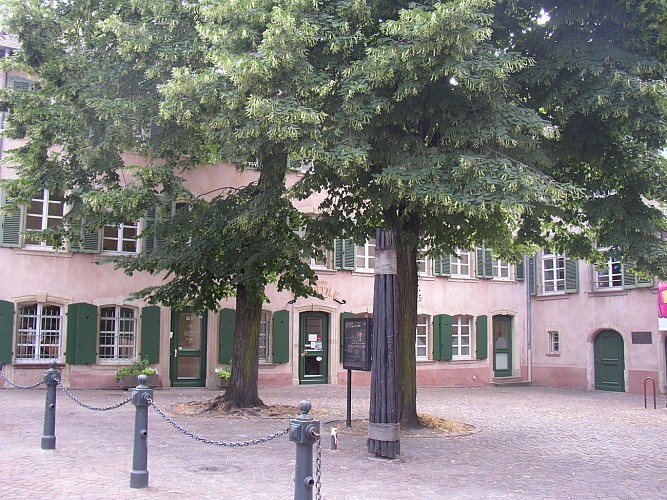 Built around 1594 by Hans-Lienhart Blech, the main body is completed by two symmetrical wings in the 17th and 18th centuries. The courtyard would then have been closed by chains, which would explain the name of the house. Having become a painted canvas factory in 1763, then a dwelling in the 19th century, the building narrowly escaped demolition at the end of the 20th century. Finally renovated, the Cour des Chaînes now houses the Popular University.