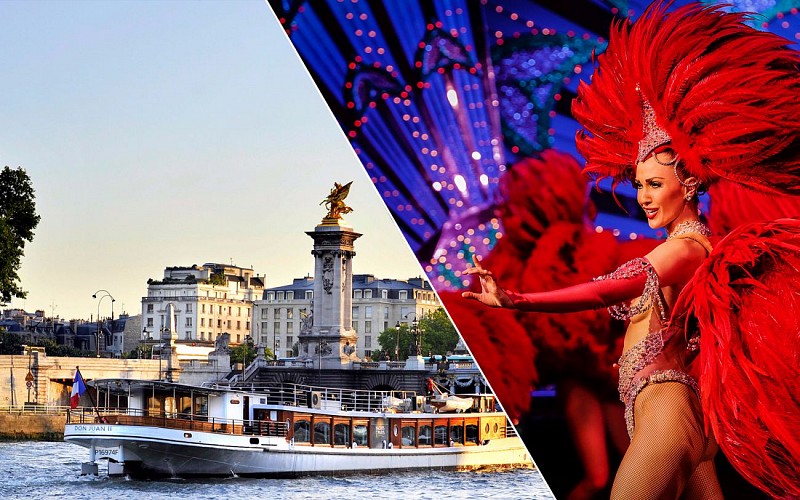 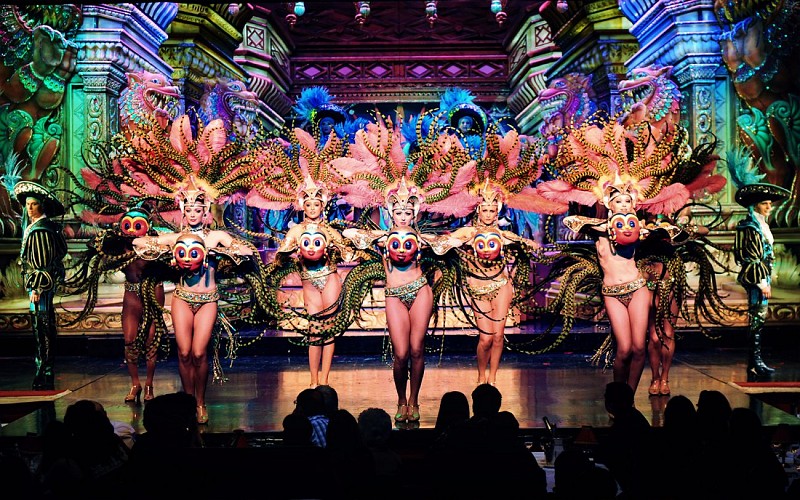 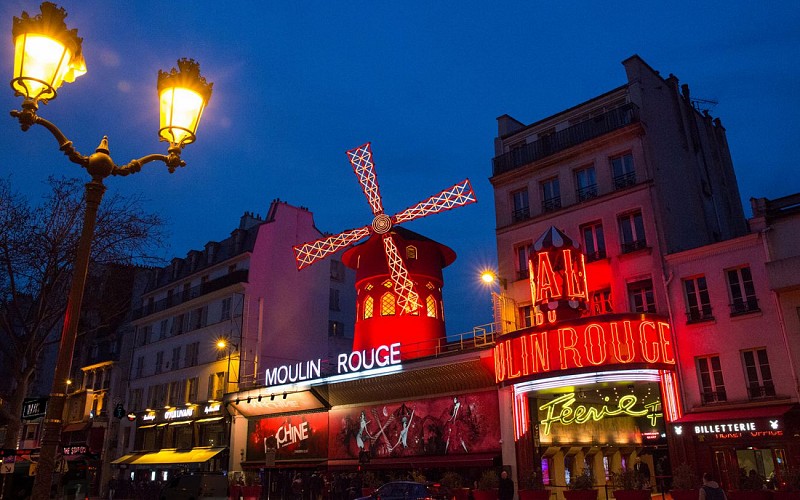 ArrayWhy You Shouldn’t Miss This
Embark on a charming cruise aboard a glass-topped boat and take in spectacular views of Paris. As you float along the Seine River, pass by iconic Parisian landmarks such as the Louvre, Notre Dame de Paris, Musée d’Orsay, and much more. With the complimentary audio guide, learn all about the area and its famous landmarks.
Situated at the heart of the lively Montmartre district, the Moulin Rouge first opened its doors in 1889. Today, it attracts over 600,000 spectators a year! The fantastic Feerie cabaret review brings together an extensive troop of performers, including 60 Doriss Girl Dancers recruited from all over the world. Featuring costumes produced in Paris's most prestigious studios and stunning, colorful stage sets created by Italian artists, the cabaret is much more than just a show. Over the years, it has rightly garnered a legacy for world-class entertainment.
Your Experience
Hop Aboard the Seine River Cruise
Your tour will begin from the tour office at Port de la Bourdonnais, located at the foot of the Eiffel Tower, and embark on a relaxing one-hour cruise along the Seine River. Pass by the city’s charming landmarks as you gently glide past them on your boat. After your cruise, it’s off to an unforgettable evening at the legendary Moulin Rouge.
Time for the Moulin Rouge!
Instantly recognizable with its lipstick-red facade and giant windmill, feel the excitement build up as you make your way into the legendary Moulin Rouge. You will be served a half bottle of champagne for the course of the show, which is included with your ticket. Witness the French Cancan come to life amidst a colorful explosion of costumes, decorations, and dazzling set designs. Created by Doris Haug and Ruggero Angeletti, Féerie has been in production at the Moulin Rouge since 1999. Sit back and relax as you enjoy the two-hour long show featuring over talented performers from around the world. Be amazed by the exceptional routines and numbers set against the backdrop of an original musical score played and recorded by 80 musicians.

Float along the Seine River with a relaxing one-hour cruise and Paris landmarks such as the Louvre Museum, Notre Dame de Paris Cathedral, Conciergerie, Orsay Museum and much more.
Learn about the history of Paris' landmarks with an audioguide on the cruise, which is available in 12 languages, including English, Spanish, Italian, German and Portuguese.
Enjoy an unforgettable evening at the Moulin Rouge and witness the French Cancan come to life as you sip champagne in this beloved Parisian nightlife hotspot.
In a sensational explosion of feathers, sequins, sparkles, and color, watch the Doriss Girl Dancers in a five-scene performance that takes you through the history of the Moulin Rouge.

Know Before You Go
Transportation will be provided from the tour office to the cruise and then to the Moulin Rouge. After the show, you will be dropped in the vicinity of your hotel, no more than 100 meters away.
Seine River Cruise
Timings

The transport leaves the tour office at 8:00 PM. You will take the first cruise available upon reaching the Port de la Bourdonnais from where the cruise departs.
Please be at the meeting point 15 minutes prior to departure.

Seating
There are no pre-assigned seats at the Moulin Rouge. Seats will be allocated on a first come, first served basis.
Dress Code
Formal attire is required to enter the Moulin Rouge. A jacket and tie is recommended for men. Shorts, flip flops, sportswear and sports shoes are not permitted.
Restrictions

Children under the age of six will not be allowed in the Moulin Rouge. All minors must be accompanied by an adult.
For copyright and security reasons, taking videos and photographs during the show is strictly prohibited. There will be professional photographers available if you wish to have your photograph taken for a souvenir.
Cloakroom usage at the Moulin Rouge is compulsory and is not included in the cost of this experience.

Strict Cancellation Policy
These tickets cannot be cancelled or refunded.

How to Use Your Tickets
You will receive an email confirmation with your tickets shortly. Please download and display your voucher on your mobile phone with a valid photo ID at the meeting point.
Meeting point
Check your email voucher for the meeting point details
Validity