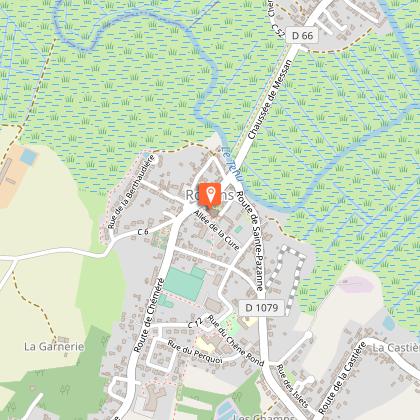 According to Noël Tonnerre, the first spelling of Rotohenge would be of Visigothic origin, because it is mentioned in the cartulary of Saint Sergius the existence of a "villa" of Visigothic foundation between Vue and Rouans. The name comes from the Gallic Rotomagos or Ratumagos meaning wheel market or racetrack. In addition, we can specify that the town changed its name during the revolutionary period, to temporarily call itself Barra-les-Marais.