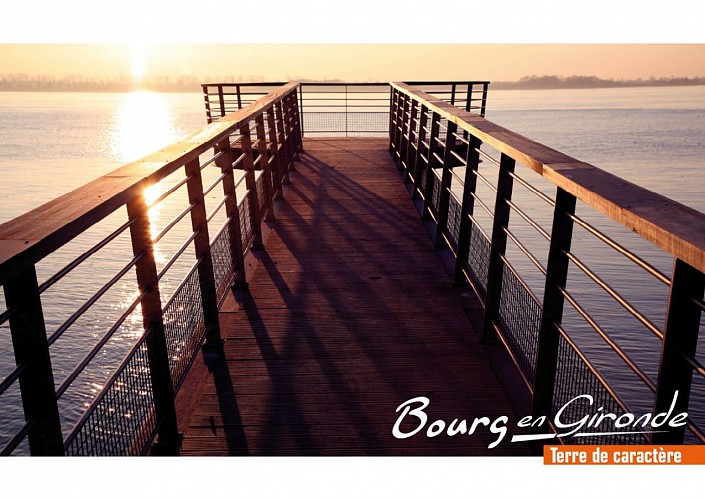 Start from the parking of the restaurant of Roque de Thau, in Villeneuve

Enjoy the view on the estuary that gives you the Windows onto the Estuary and the pier. Go to the hamlet center to join the signs. Take the "Circuit de l'Estuaire" direction to the hill. Walk the street "Rue du Mugron". At the exit, go up between the pads that blocks the access for the car. On your left, you will see the winery distiller, intended to produce industrial alcohol from grape marc, created in 1945 by M.Cousinât. Turn completely on the right at the clearing, leave the 2nd World War monument behind you and continue on the path. Go down the stairs, then get back on the D669 E1, Corniche Road.

Go to the hamlet called "Marmisson" situated on the left, please be careful with the traffic.

In the center, take the path on the left with sign "Escaliers des troglodytes". Climb the stairs to arrive at the edge of the cliff with its old wood oven. Walk along it on the left side for about twenty meters. Climb the stairs and take on the right an other big stairs. On the top, turn left and continue straight between the vines to join the road D669. Here, turn left, pass behind a bus shelters and walk on the pavement to protect yourself from the traffic.

Continue on this way, commit to the left on the path "Chemin du jonc", along a creek. Continue straight until the signs.

At the signs, turn right in the road that climb. On the top, at the intersection with a pave road, turn left and continue straight.
At the stop sign, take the left, then the right heading to the château "LaCouture", "Route du Fronton". Pass in front of it, and at the end of the fence, turn left. Take the grassy path that continue between the vines' parcels. At the end of it, turn left and go down to the wood. Walk straight until reach the little creek.
Turn left to follow the stream. Twenty meters away, climb the slope on the left, and take the right after that. Continue to follow the vines by the right until you cross an other path. Turn left to arrive on a paved road: cross it and go in front.
At the signs, turn right, and continue on the grassy path. Cross the stream and go up the small bridge in front. Take the white path to arrive at the signs.
Turn left, at the end of the way, on the road, go on the left and continue until the next intersection.
Turn right and immediately on the left. At the end of the hamlet "Bidou, take the right. Follow the paved road remaining on the left. Go straight to the panel "L'Escalette". Go down the road.
Down it, in the hamlet "Le Ferreau", turn right. Continue on te right and take the path that goes up almost parallel to the path of descent, until the center of Villeneuve. The church St-Vincent has a gothic tower bell. Walk until the stop.
Turn right, and then turn left heading to the cimetery. Walk straight on the side of the château "De Barbe" and, walk between the vines' parcels. At the end, turn right on a little road. Walk until the intersection with the D250.
Turn left to the château "Mendoce".

At the end of the cellars of the château, go down the slope and walk between the vines and the road. Then, tune on right, to go straight heading to a hut of vines. Turn on left and continue between the vines until the D669 : mind the traffic.

Cross the road and stay on the pavement on the left. Go on the left to the stream and then immediately on the left on the top of the dam. Continue until the estuary and turn left to stay up.
Arrive in front of the entrance gate of the château "De Barbe", go towards it, between the white path and the vines on the right. Turn right and join the kiosk, little pier monument from XVIIth century that used to be an altar for sailors going on pilgrimage to Montuzet. Go on the left of it and go to the road D669. At the end of it, turn right in parallel of the big road. Continue straight ahead until the parking where you start.

Window onto the estuary of Roque de Thau, Villeneuve

Window onto the estuary of Roque de Thau, Villeneuve

In Villeneuve, you will have the pontoon with the different names...Read more 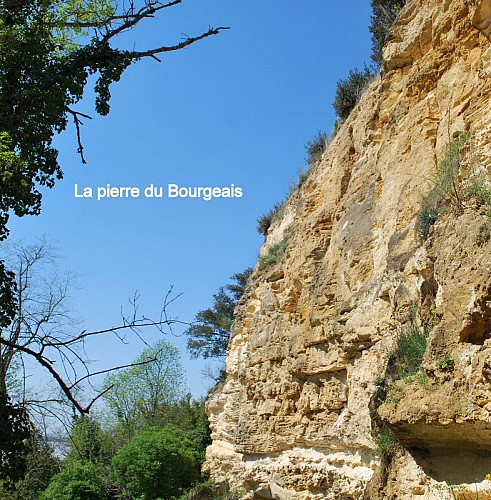 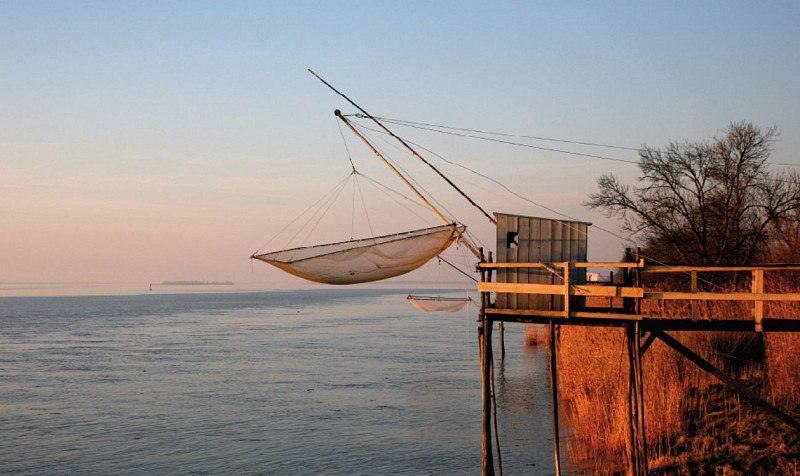 Explore this narrow and picturesque road which goes from Bourg to...Read more 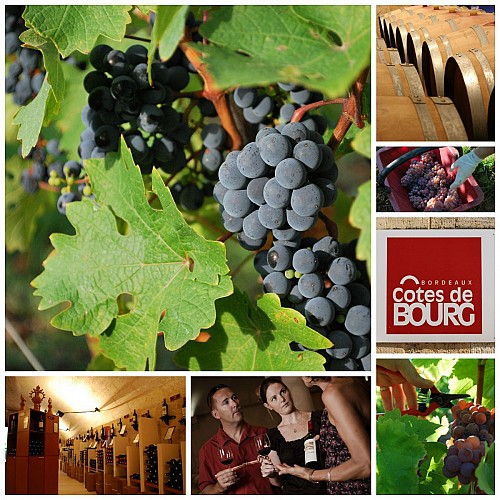 The oldest part of this church is the front which is supporting a...Read more 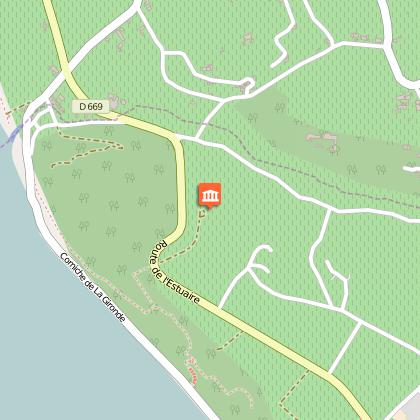 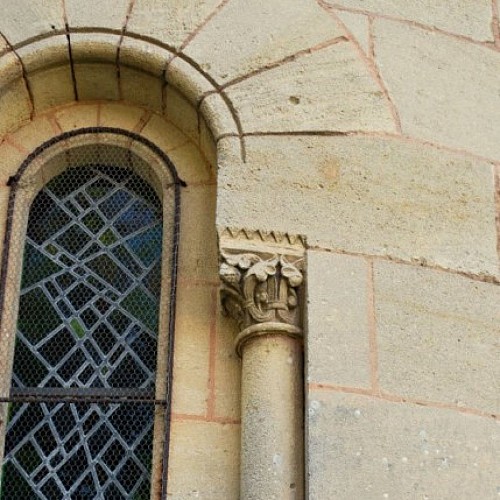 The actual holy water font of this church, which used to be a capitol...Read more 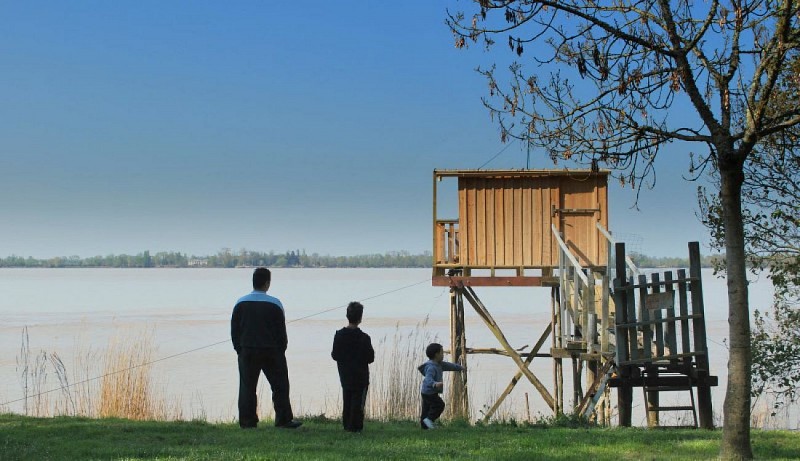 The estuary of Gironde

The estuary of Gironde

From 3000 years, ships from all over the world sailed down the estuary:...Read more 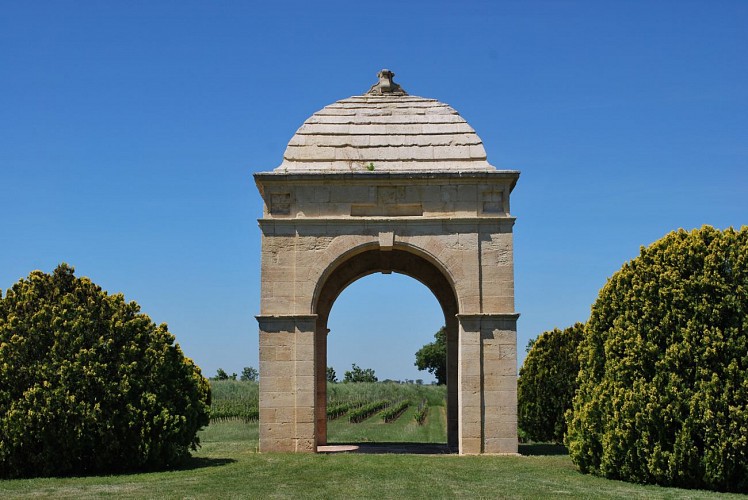