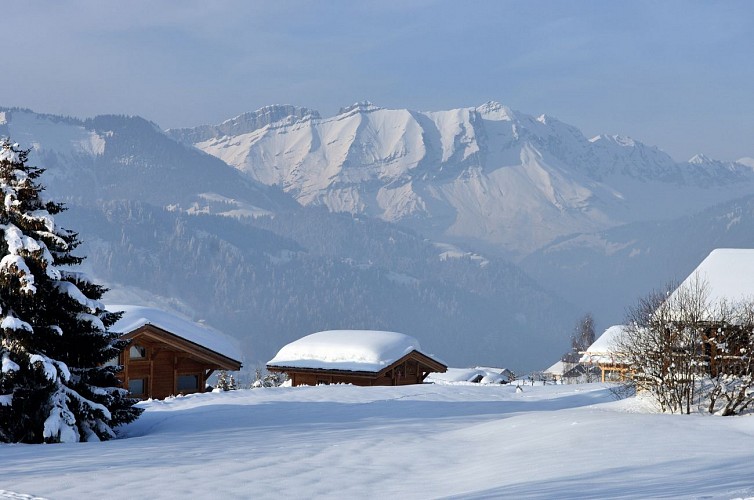 Short walk to learn about the practice of snowshoeing.

From the Tourist Office, head towards Les Saisies, on the RD71A, route des Saisies, for around 50 m. Take left the Chemin du Bostu and go to the end of the dead end for 100 m to join the start of the route. The first part of the route is flat on an existing path. At the "Le Bostu" crossroads, turn right to go up in a wooded area, then come out in a clearing. Cross the access road leading to the houses and resume the route parallel to the road. Continue towards the houses. The route ends at the RD71A, opposite the Reys ski lift. Return by the same route or along the RD71A.

TO KNOW :
Until 1585, Crest-Voland was only a hamlet of St Nicolas la Chapelle. The crestvolantins were forced to walk at least 2 hours across a forest path, then to cross the Arly on wooden walkways, to get to the parish church. The danger of the journey and the distance were the arguments which made it possible to erect Crest-Voland in an autonomous parish. During school holidays only, a shuttle will connect the Cernix, the...Read more 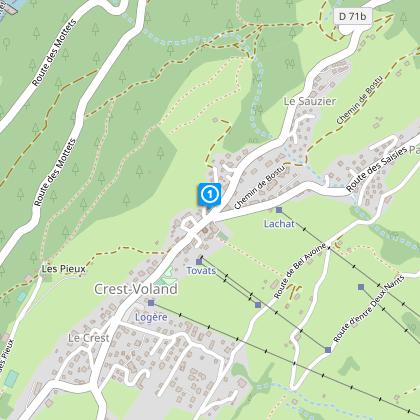 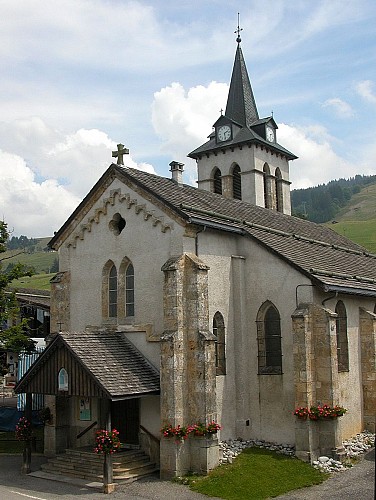 The church of Crest-Voland, which is dedicated to the Nativity of...Read more