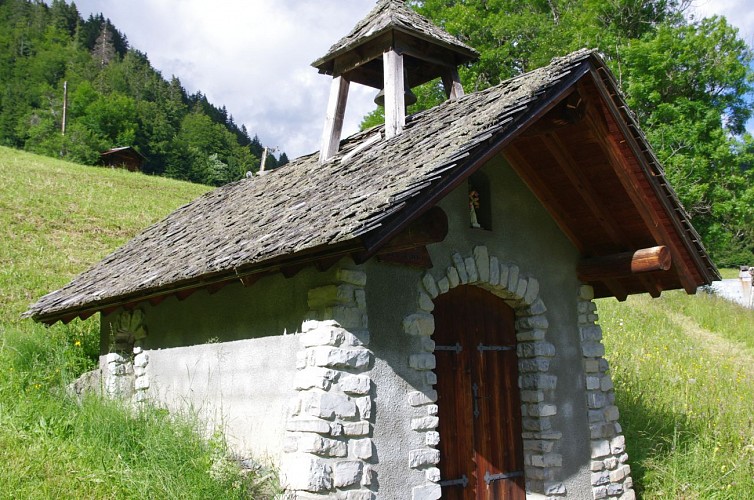 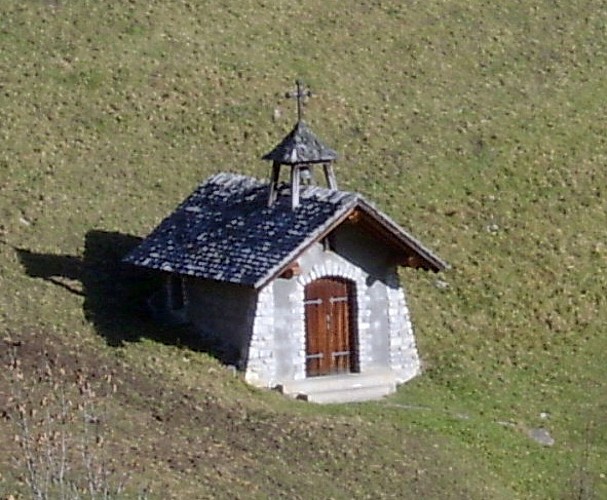 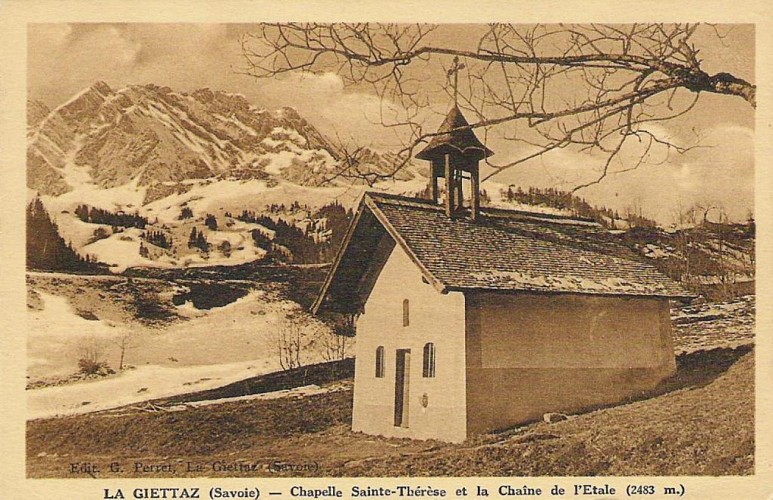 Little chapel located at the place known as L'Abbaye and which is part of the Oratory and Cross itinerary.
The chapel was probably the first place of public worship in La Giettaz, at the beginning of the 11th century. The Benedictine monks came from Megève to the place known as L'Abbaye in the summer, which meant that they needed a chapel close by. It was rebuilt in the 17th century and given the name of the Annunciation. During the Revolution, it suffered much damage : its bell tower was destroyed and its bell requisitioned to make canons. Neither was it spared by the avalanches of 1843, 1847 and 1914. In 1927 it was restored but was again swept away by an avalanche of 1978 which came down from Les Verres and La Pare (at the summit of the Aravis mountains). It was rebuilt on a smaller scale in 1981 and 1982, further to the east, away from the risk of avalanches. The Virgin of the Anunciation was sculpted by a local from La Giettaz, with the inscription "Me Voici".