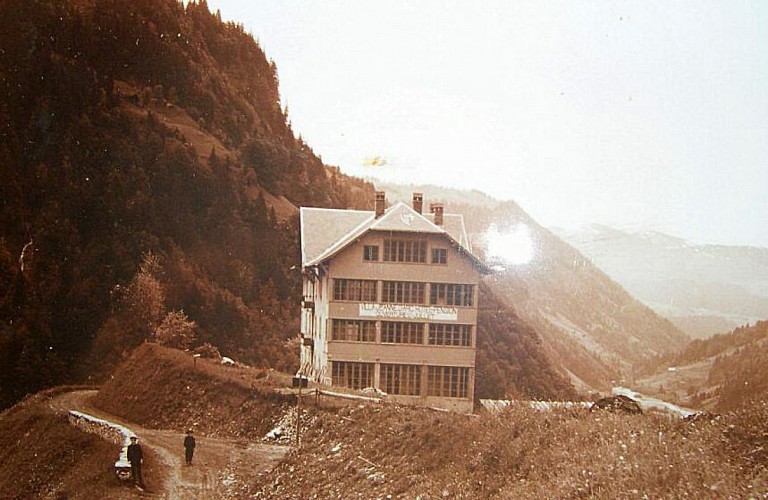 Villa Jeanne d’Arc, built between 1908-1914, is the first example of La Giettaz’s legacy as a resort. Initially a hotel on the Route des Grandes Alpes, then a rest home and finally a preventatorium, it traces the evolution of tourism in the village.
At the beginning of the 20th century, at the initiative of the village priest, local residents from La Giettaz built a hotel on the Route des Aravis that boasted every modern comfort, in anticipation of the village’s development as a resort that would attract a growing number of tourists at this location, crossed by the Route des Grandes Alpes. After the war, the establishment was given a new role, that of rest home and then a preventorium. Until 2001, when the Villa closed, it welcomed thousands of guests who contributed to the village’s tourism boom. Recently, the building has found a new vocation, accommodating groups.