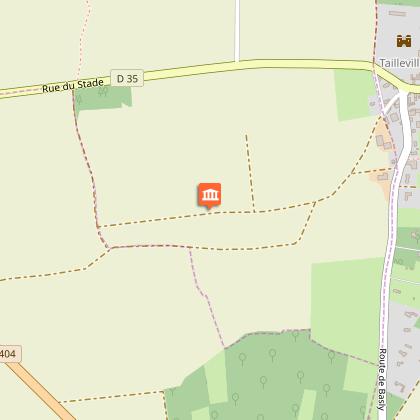 Tombette Wood is a high place of the Second World War, where many remains are still to be found. On your way, you will still come across many German blockhouses. Tailleville, a hamlet in which the wood is located and which now belongs to the municipality of Dover-la-Délivrande, was requisitioned by the Germans. Tailleville was indeed a strategic point for the enemy army, which settled in 1942 in the residence of the Mayor of the time, a castle that was located north of the village. On June 5, 1944, the British air force bombed Tombette, killing many Germans, but also civilians required for forced labour.

Today, it is a wood that delights hikers and connects the coast to rural communities through Tailleville.