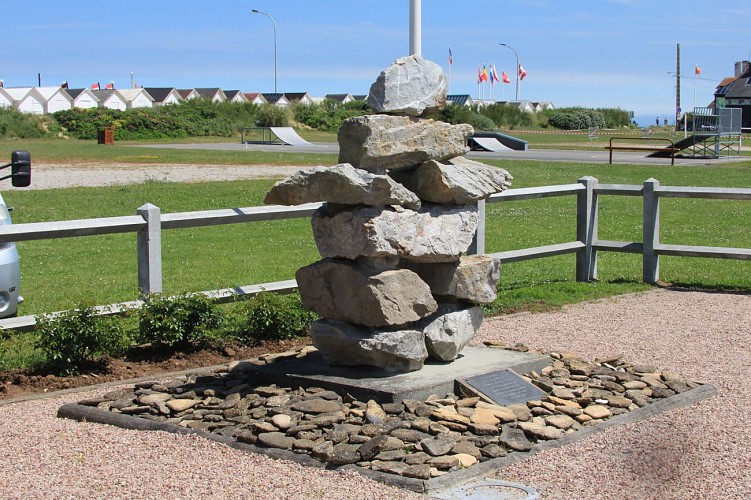 Inukshuk means "human form" in the Inuit language. It is a stone pile built by the Inuit in northern Canada and the Arctic region to mark the site of major events. It was erected in memory of the Canadian soldiers who fell during the D-Day Landings. Inaugurated during the ceremonies of the 60th anniversary of the D-Day landings, it represents the link between the temporal and the spiritual.