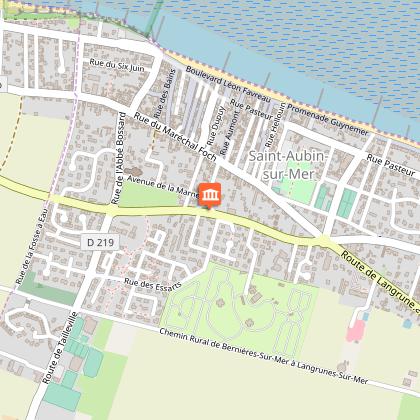 It is located on the single track from Caen to the sea, in the direction of Courseulles-sur-Mer. The first train from Paris arrived in Caen on November 18, 1855. The only means of transport to reach the sea at that time was a kind of convertible "Mr. Cabieux's patch". The railway equipment quickly followed, it was in 1885 that passengers coming from Paris were able to take their ticket to Saint-Aubin-sur-Mer and especially not to change trains between Saint-Lazare and the station. The line was completely removed in 1951.