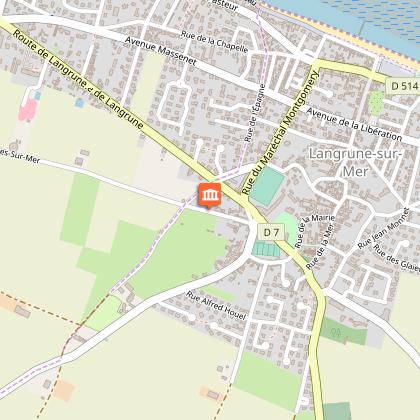 In the 1st and 2nd centuries, the region was heavily populated and exploited. Two Roman roads were therefore built. The one passing through Langrune followed the coast and had a military vocation. Traces of Roman camps at Saint-Aubin have also been found on the Cap Romain site. The section of the Roman road that crosses the municipality corresponds to a section of the route of the ridge road, about one kilometre from the coast. It reached Bayeux-Lillebonne and was one of the most important roads in the region for crossing the Orne at Benouville.