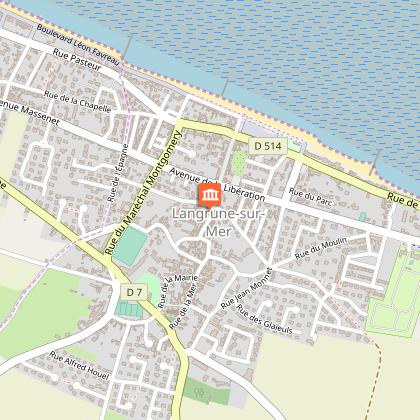 On Avenue de la Libération, the railway line from Caen to the sea, from Caen Saint-Martin to Courseulles, used to extend. Langrune station was opened in 1876. From 1900 onwards, it was equipped with a third rail for the narrow gauge railway that came from Caen via Ouistreham and joined the normal gauge line from Luc in the direction of Courseulles, then Bayeux.

The line was closed in 1950, competing with automotive development. The station hotel, for its part, continued to exist until the 1990s.