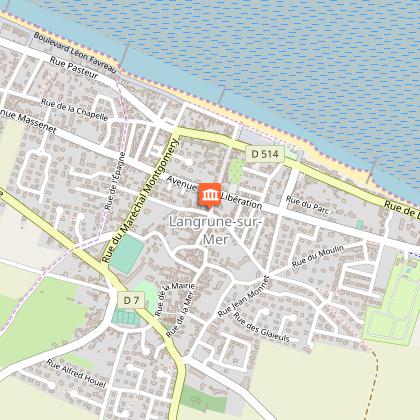 At the corner of Avenue de la Libération and Rue de la Mer, on your right, a plaque pays tribute to three soldiers of the 48th Royal Marine Commando who fell for the liberation of 6 June 1944. This commando led by Lieutenant-Colonel Moulton delivered Langrune-sur-Mer, after heavy fighting to dislodge the defenders from each house and other positions fortified by the Germans. The village was liberated on June 7, 1944 at around 3:30 pm.