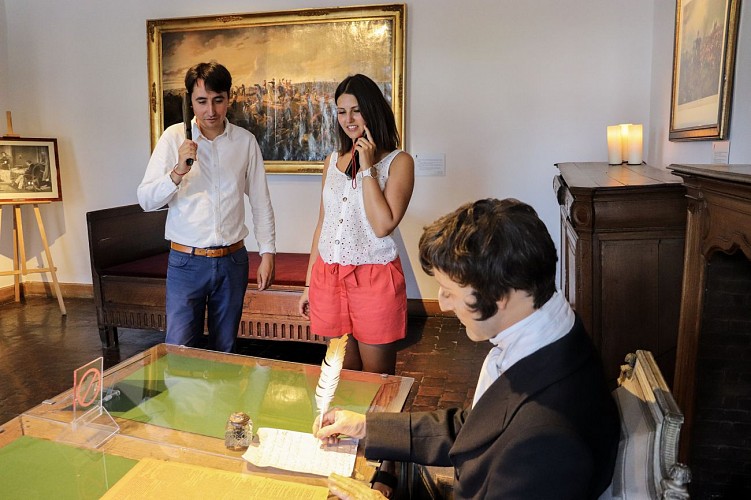 From the 17th to the 19th June 1815, at the end of the Battle of “Quatre-Bras” Wellington set up his headquarters at an inn in the heart of the village of Waterloo. It is here that he drew up his victory bulletin following the Battle of the 18th June, which he named “Waterloo”. Since then, this building houses the Wellington Museum including a unique collection dedicated to each army. It presents in an educational way the role and implication of each of the nations involved in this conflict. Opposite the Museum, the Chapelle Royale de Waterloo looms, which was built in 1687. In the wake of the battle, this Royal Chapel was converted into a commemorative temple honouring Wellington and his allies. The walls of the adjacent church are adorned with numerous funerary plaques of officers or soldiers killed in combat.