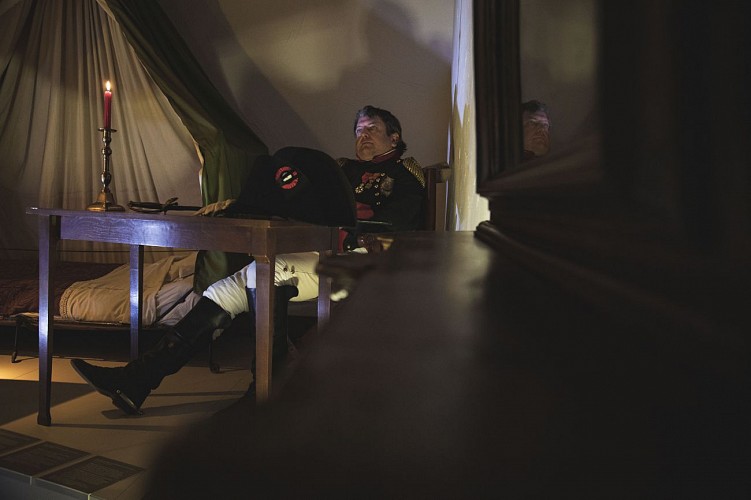 Napoleon left his castle in Fleurus and continued to pursue the British. On the night of the 17th-18th June 1815, he established his Headquarters at the Ferme du Caillou, a little hamlet of Vieux-Genappe, 4 km from the Butte du Lion (Lion’s Mound). An unparalleled tumult reigned here throughout the night. Today, a museum, which is accessible to all, has been established here and allows you to experience the last hours preceding the battle along with the Emperor and his officers. Fun and sensory activities allow you to go back in time and imagine soldiers’ lives, the sensations and the Emperor’s strategy.