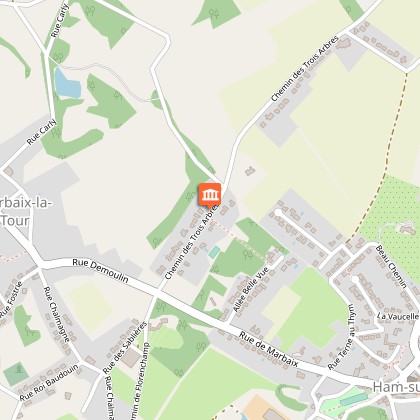 Dating from the late 19th century, the chapel is located in the place called “Les Trois Arbres” (the three trees). Napoleon watched his army marching towards Charleroi from this spot on the 15th June 1815. Dedicated to Notre Dame de la Victoire, the chapel is the starting point for processions during the “Marches of the Entre-Sambre-et-Meuse region” (Intangible Cultural Heritage of Humanity recognised by UNESCO). Hundreds of marchers escort the relics of local saints, dressed in uniforms resembling those worn by the soldiers of Napoleon’s Old Guard.