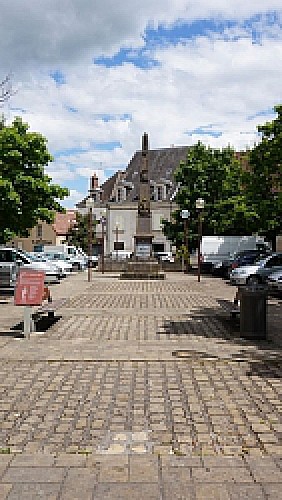 This square is named after Dr.Vergne, renowned for his cataract operations. L'Escargot, formerly known as La Teste Noire and ornamented with a statue of Saint-Blaise, used the provide a stage for the relay of post and horses in the 18th century. It provided sanctuary for the amorous encounters between Maurice Dupin and Marie-Sophie Victoire Delaborde, the parents of George Sand. The large residence at No.2 of the square, has a stone well in gothic style. As a young girl, Aurore Dupin (later George Sand) used to come to this house with her grand-mother to visit Dr.Decerfz, and later, in a shirt story entitled Pauline, she described the interior in detail.