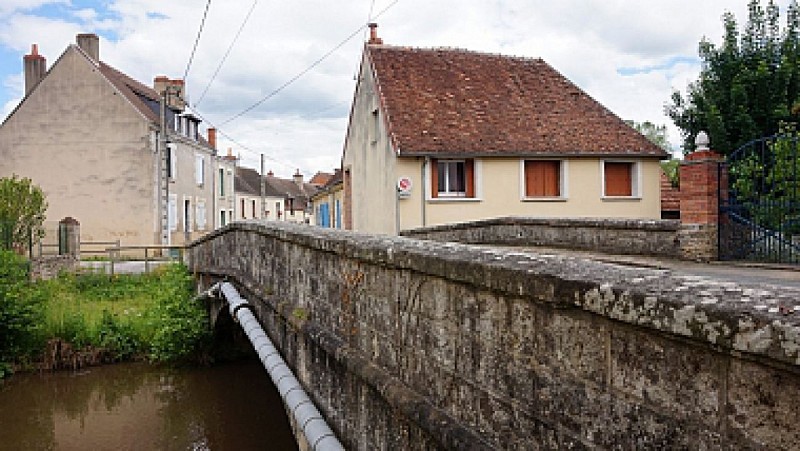 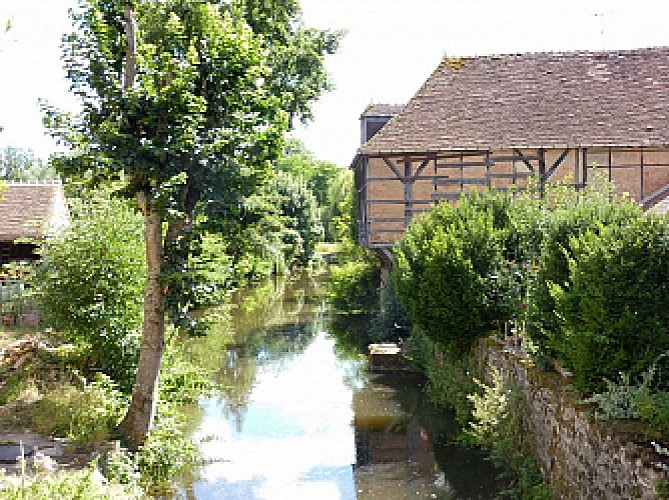 The bridge takes its distorted name from the Escabignat family, rich burghers who made a donation towards the development of the bridge. On either side, wooden houses can be seen, former tanneries with drying areas extending over the river Indre. The proximity of water made it possible to soak the hides which, after numerous stages, were put in attics to dry. The ise of the leather indsutry in the region developed significantly, and in 1811, there were 18 tanneries in La Châtre, the greatest concentration of this trade in the region. They closed, along with numerous mills along the river, one after another at the end of the 19th century.