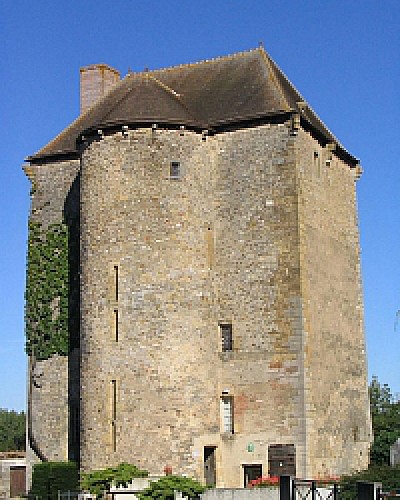 Here stood the castle built in c.1424, residence of the Chauvigny family, seigneurs of La Châtre. There only remains the keep which is 20 metres high and whose walls, cut with arrow-slits, are 2 metres thick. The tower was used as a prison from 1734 until 1937, when the building was acquired by Jean Despruneaux to house his collection of souvenirs of George Sand and her friends. In 1939, the ornithological collection of the municipal museum was moved here, and in 1954, for the 150th anniversary of her birth, it was renamed the George Sand and Black Valley Museum. In 1966 it was donated to the town of La Châtre by Jean Despruneaux.