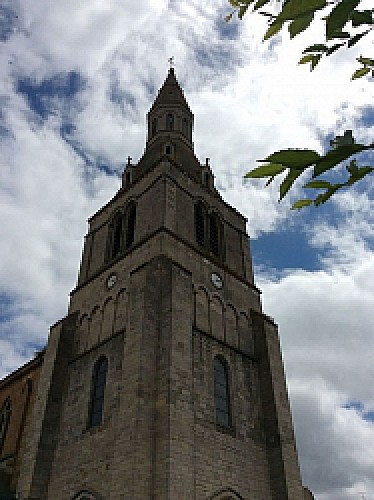 The present church is located on an historic site in the heart of this once fortified city. The original was probably built in the 11th century. In 1152, a fire broke out and another church was erected, with a nave 30 metres in length. The bell tower was not added until the 14th century. Subsequent to a gift in 1895, it was reconstructed, but as the foundations had not been calculated, it collapsed in the following year, taking the nave with it. The inhabitants generously participated in the reconstruction of a new church which was consecrated on 16th of October 1904. A 15th pietà, the provenance of Carmes Convent, can be seen in the interior.