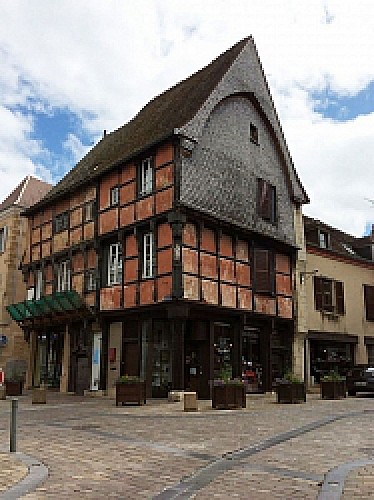 Formerly called Place du Pavé, this old small square is named after Laisnel de la Salle (1801-1871), deputy mayor of La Châtre, author of Beliefs and Legends in the centre of France, and a friend of George Sand. Observe the timbered house, an old residence of La Châtre, dating back to the 15th century. It was built by a rich family of merchants and displays splendid half-timbering and a magnificent ancient studded door with sculpted ogee. The red hue dates from its restoration in the 19th century. In her novel André, the heroine, a florist named Geneviève, lives in this red house. "Before leaving a little winding and deserted street, he showed her an old brick house, whose frames were coarsely sculpted in wood. An extended roof shaded the narrow windows."