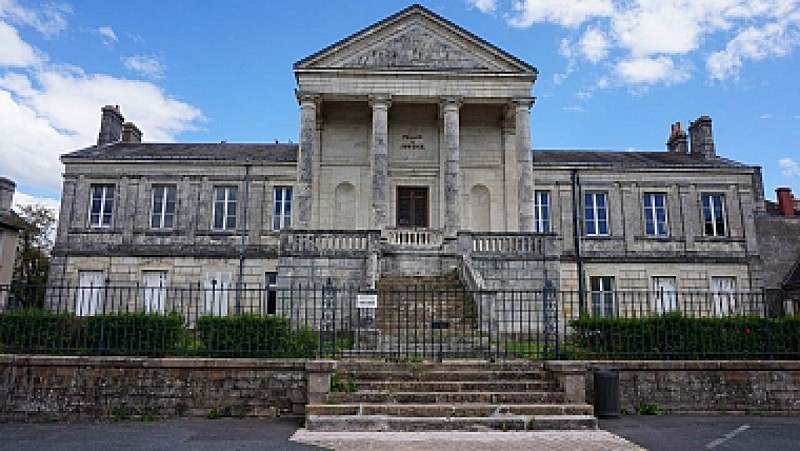 During the 14th century plague, this square was used as a burial ground. It later became a fairground, until 1850, when the Law Courts were built. The former Hôtel-Dieu de la Trinité (Hospital of the Trinity) was located between numbers 4 and 12 of the rue Duguet. In 1921 the Town Council decided to erect a monument in remembrance of the numerous dead of the first world war. Its creation was entrusted to the Berrichon* sculptor Ernest Nivet, a student of Rodin. Unveiled on the 18th November 1923, the memorial represents a weeping Berrichonne* who stands near a death lantern, symbolising the anguish of widows and mothers of soldiers.
* "Berrichon(ne)" a native of the Berry region