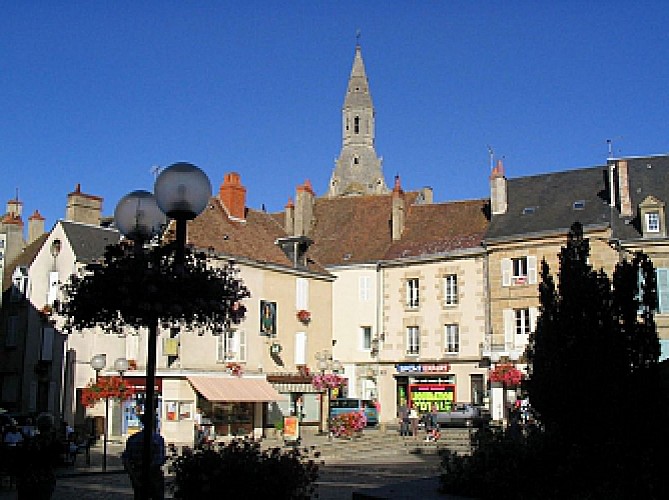 From the 15th century this was the main square of the town, and some early mansions testify to this golden age which witnessed the birth of industrial and commercial development in La Châtre. The 15th century half-timbered house in the rue du Marché, became, by the 19th century, the residence of Sylvain Chicot, where George Sand used to buy candles, wax and tobacco. La maison pointue (sharp-pointed house), which also dates back to the 15th century, bestows a medieval character on the little street where it stands. Jules Sandeau (writer and lover of George Sand) lived on this square between 1818 and 1832 and his surname inspired her nom de plume.