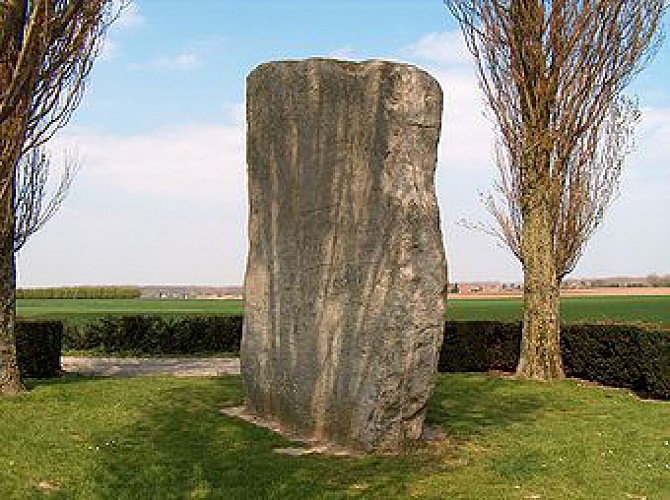 The Brunehaut Stone, also known as Celtic Stone, is a megalith dating from the late Neolithic period, located at the crossroads of the "Six Paths" in Hollain, an entity of the commune of Brunehaut, not far from the Roman road Bavay-Tournai.

This sandstone menhir from Grandglise is the largest erected megalith in Belgium and weighs 23 tons. It largely dominates this plain landscape with its 4.25 m. Counting the part below the ground surface, it is 6 m high and 3 m wide. Surrounded by four poplars from Italy, the site is easily located from the surrounding area. The stone is oriented north-south.