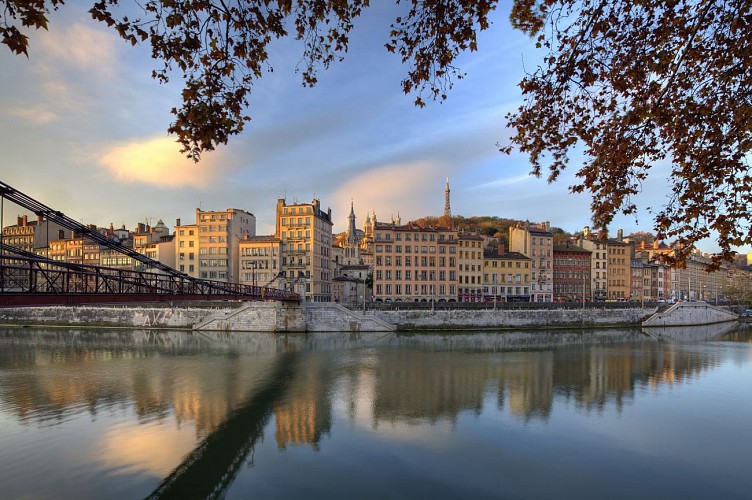 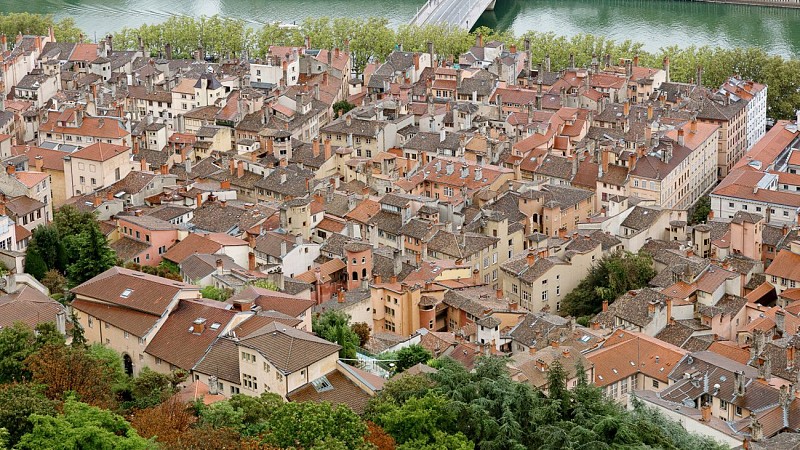 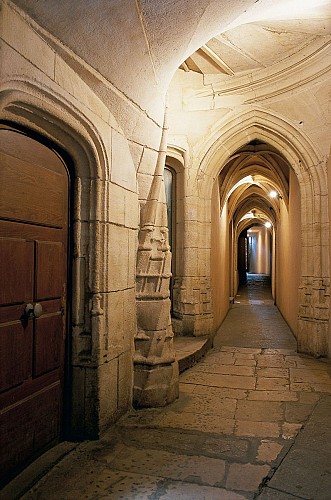 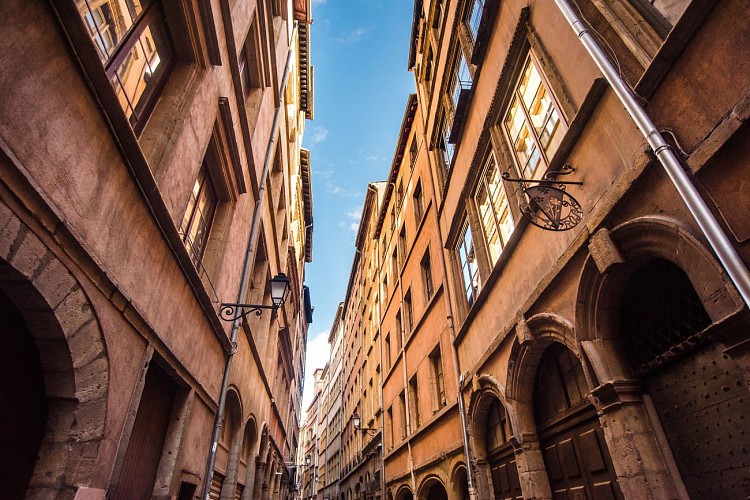 It is since 1964 the 1st conservation area of France and one of the vastest groups Renaissance of Europe, 24 ha. At the foot of the slopes of the hill of Fourvière since V °, there is of medieval period an archaeological garden towards the cathedral.
During the Renaissance, its peak, neighborhoods are organized around three religious buildings: in the south, Saint George with the craftsmen; central location, Saint John, area of the upper clergy and aristocracy; in the north, Saint Paul district of the "bourgeoisie", financial and commercial center. Large families of Italian bankers and merchants have established themselves, by building sumptuous residences.
In 1960, the Old Lyon was in a sad state. Many buildings were threatened and urban projects planned destruction and mutilation. Thanks to the action of the State ( André Malraux, Minister of Culture ), the association "Renaissance Vieux Lyon" and the City, Old Lyon was the first French Quarter "safeguarded area" in 1964.