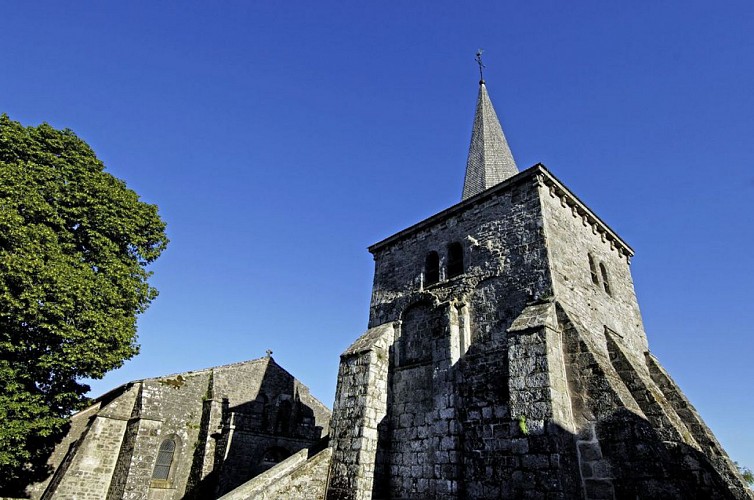 A church in two parts. The only Creusoise church of the Romanesque-Poitevin type, the building has the peculiarity of having its bell tower separated from the nave. An oddity due to the collapse, probably in the 16th century, of the three central spans. Other peculiarities of the church of this hilltop village where on a clear day there is an exceptional panorama: the three granite lions guarding the entrances; the re-use in a bell tower wall of a stone carved with the effigy of Mercury; the murals of the ambulatory, one of the oldest in Limousin ....
During the summer of 2011, a small mobile "neo-renaissance" organ was made available in the church by organ builder Paul Aanneessens.

Classified Historical Monument in 1986 - Possibility of guided tours all year on request.