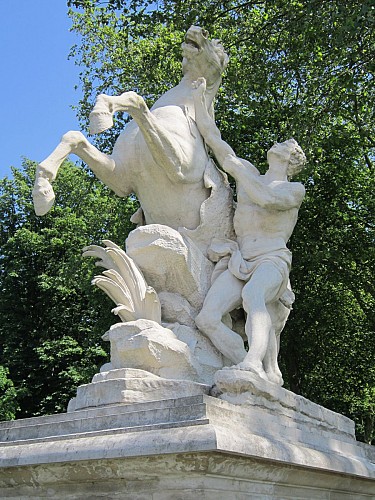 These are casts made in 1984 by Michel Bourbon placed where the originals were until 1794. The originals of Guillaume Coustou executed at the request of Louis XV, are exposed in the courtyard Marly at the Louvre . The wrought iron balustrade of the 17th century was restored to the 20th. Below the drinking trough (1698), a vast semicircular basin built by Mansart, is the culmination of the garden water axis.