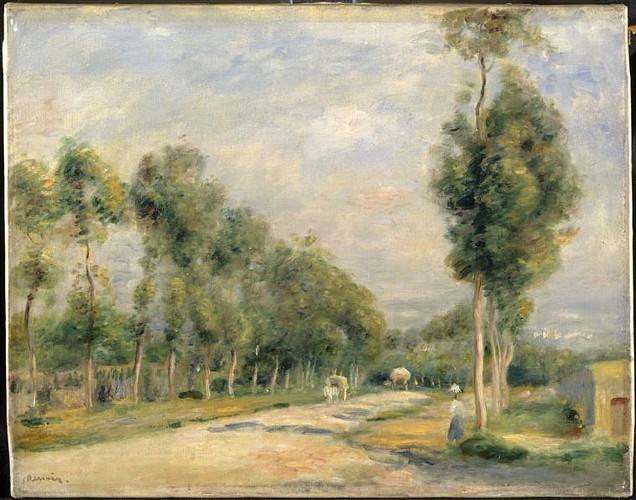 The Impressionists have readily painted tree perspectives. In 1895, when he executed this view from Louveciennes to Port-Marly, Renoir gained fame three years earlier during a major exhibition at Durand-Ruel. In 1894 his son Jean was born. As in his private life, his art flourishes in the fullness of maturity. "I think I deserved to get a few success because I worked a lot" (A. Renoir)