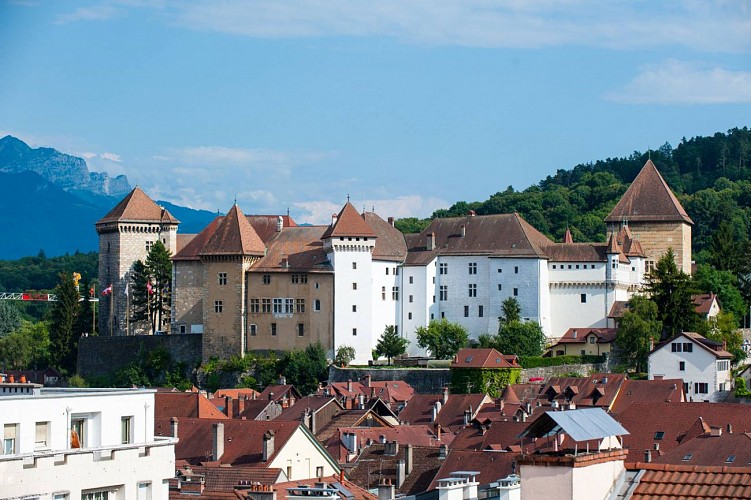 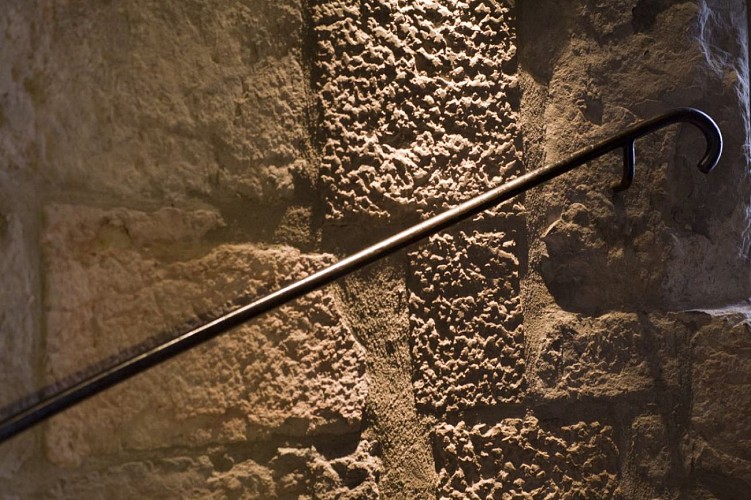 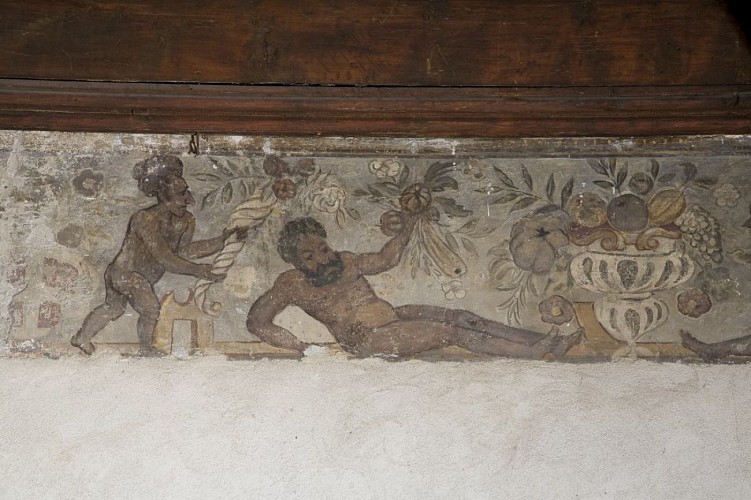 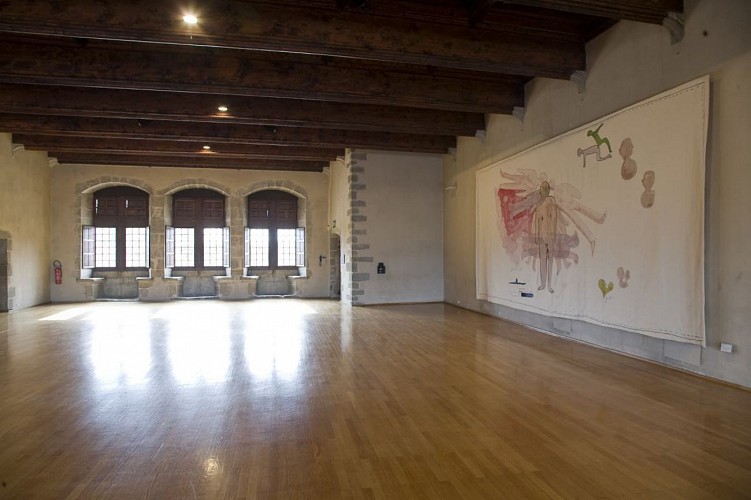 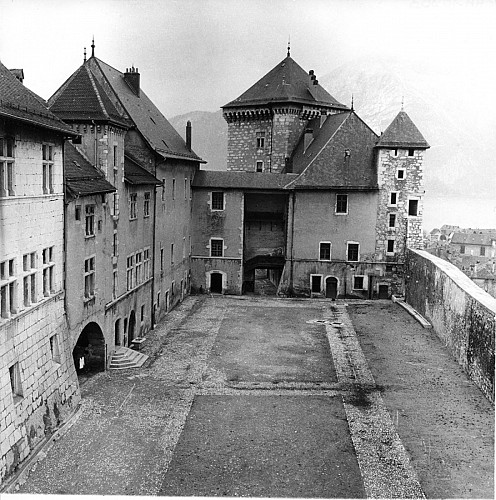 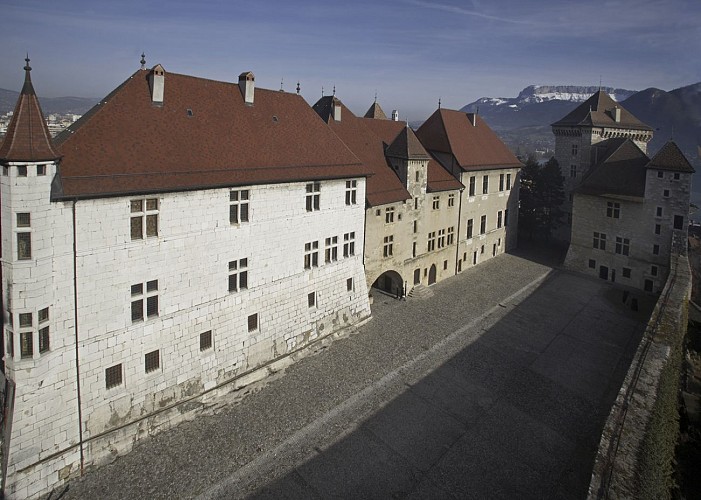 Discover a historical monument, the museum and its temporary exhibitions, displayed in the exceptional setting of the former residence of the Counts of Geneva and the Dukes of Genevois-Nemours.
Listed as a Historical Monument in 1902, Annecy Castle became the residence of the Counts of Geneva in the 13th and 14th centuries. Over the following two centuries, successive modifications transformed the castle, giving it the unique appearance we can admire today.  The resulting structure is a combination of medieval defensive architecture and renaissance elegance, inspired by castles in Ile de France. Abandoned as a residence in the 17th century, the Annecy Castle was later used as military barracks until 1947.

The Castle-Museum
In 1953, the city of Annecy bought the castle from the Ministry of Defense. The museum's first exhibition was inaugurated three years later. Since then, the museum has presented various temporary exhibitions for visitors, as well as collections related to regional heritage, underwater archeology, medieval sculpture, landscape painting, contemporary art and animation films.

Architecture
In its current state, the castle is a good illustration of how castle architecture changed between the 13th and 16th centuries. The Tour de la Reine is the oldest part of the castle, dating back to the 13th century.  Built on elevated ground, it most likely replaced a primitive keep.  Measuring over 30 meters high and with walls up to 3.3 meters thick, the tower was used for defensive and military purposes.
The residential quarters of the castle are more recent.  Both the Logis Nemours and the Logis Neuf (new lodging house) can be dated to the 16th century and are typical examples of Renaissance architecture.  These later constructions clearly attest to the growing importance of elegance and comfort to be found in princely residences.  Large windows adorn the facades and allow for natural light to enter the rooms, some of which are decorated with wall paintings and equipped with latrines.

Free entry for children < 12 years, press, the holders of the M'ra card, children accompanied by an adult, teachers.