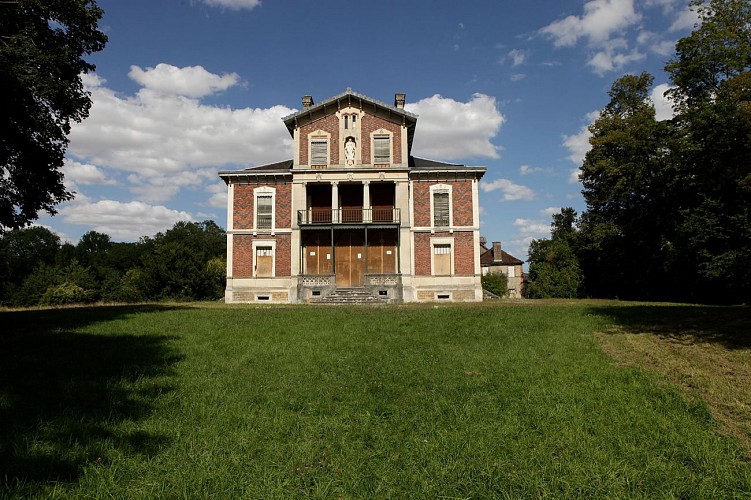 A great ball of oxygen south of the city centre.

Situated a stone's throw from the Sénardes district, between the Rue des Ponts, the Rue Bas Trévois, the Rue Guillaume le Bé and the Chaussée du Vouldy, this vast green park - its surface area is 20 hectares - is known as the "site of the mills" or, for local residents, "the park of the crows". It includes a town house belonging to the city and two former mills, owned by Nouricia and Interfarine.

Including the Henry Park, the mills site represents a real green lung of almost twenty hectares.

Thus, the park, of a natural character, progressively developed from 1982 to 1987, is one of the largest gardens on the outskirts of the city centre.

It is home to a wide variety of trees - redwoods, ash trees and magnificent weeping willows - as well as a particularly rich local fauna and flora. Its charm and tranquility make it an ideal place to enjoy nature within walking distance of the city centre.

With so many attractions, the park is constantly being developed for leisure activities.

For example, cyclists and rollerbladers can walk along an 800-metre-long greenway, which links the Lakes cycle path to the city centre.

More generally, and in order to provide the best possible welcome for young and old alike, several projects are under study or in progress in the heart of the park.

In concrete terms, signage is being put in place to enhance the paths and allow visitors to get to know the natural environment (fauna and flora) better. In addition, 15 beehives from the apiary-school (Syndicat des Apiculteurs de l'Aube - SAA) have been installed in the natural area of the park. This arrangement allows the general public to be made aware of and learn about beekeeping, while respecting ancestral traditions and the ecosystem.

On the other hand, the restoration of the orchard (with the support of the Croqueurs de pommes) and the rehabilitation of the market gardeners' house (by the IUMP and the integration work camp), make it possible to organise activities dedicated to the promotion of gardening and environmentally friendly practices (gardening, beekeeping and arboriculture courses).

Other, more or less occasional, developments could also see the light of day. Thus, little by little, everyone will be able to make this green lung their own to enjoy, relax or discover nature on the outskirts of the city centre.