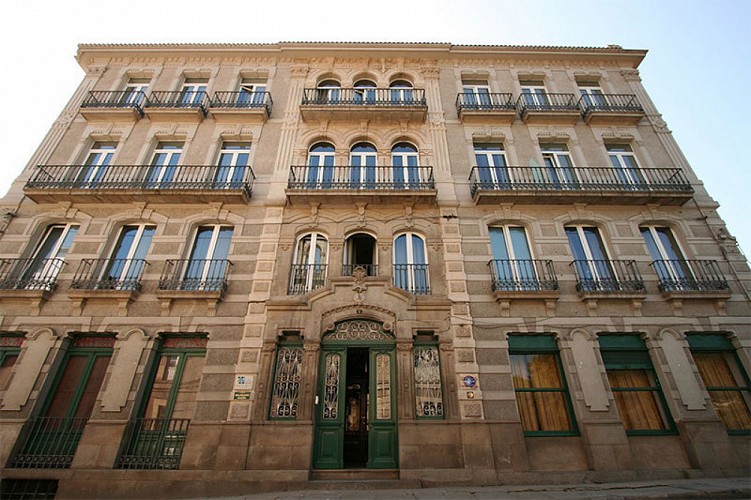 The story of the spa dates back to the early 19th century, and it has the priest Pedro Acuña y Malvas as its main character. He was the secretary of the former Ministry of Justice during the reign of Carlos IV. His initiative led him to found a bathhouse in 1812, following the project by the architect Melchor de Prado y Mariño, although only the main body was built. After his death, the businessman Elisardo Domínguez promoted the construction of a new building, designed by the architect from Vigo Jenaro de la Fuente. In 2007, the main building, now having five floors and an attic, was extended.