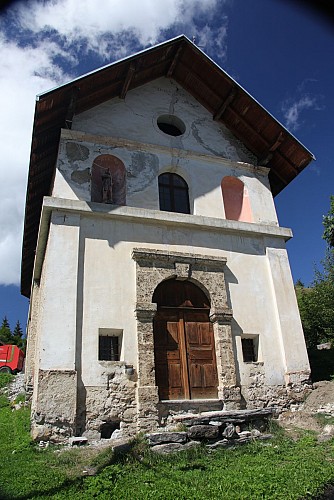 The chapel and its surroundings are a good example of the mountain environment.
The chapel was first known as the St Roch chapel. Built in a non-decent manner in 1600, it was rebuilt in 1661.
Renovated in 1787, 2 years later £67 were spent to plug holes, bleach the chapel inside and build four columns outside to prevent from disrepair.
Nevertheless, 60 years later despite all the care, the chapel was falling into ruins. Therefore, a decision was taken to build a new chapel. Everyone participated in its construction depending on their own means.
The chapel was achieved, though, due to financial problems less than 6 years later on September 1851. It was then inaugurated on October 20th, 1851.
Nowadays, the chapel is in a very bad state and its conservation is crucial to keep this wonderful Savoy landscape alive.