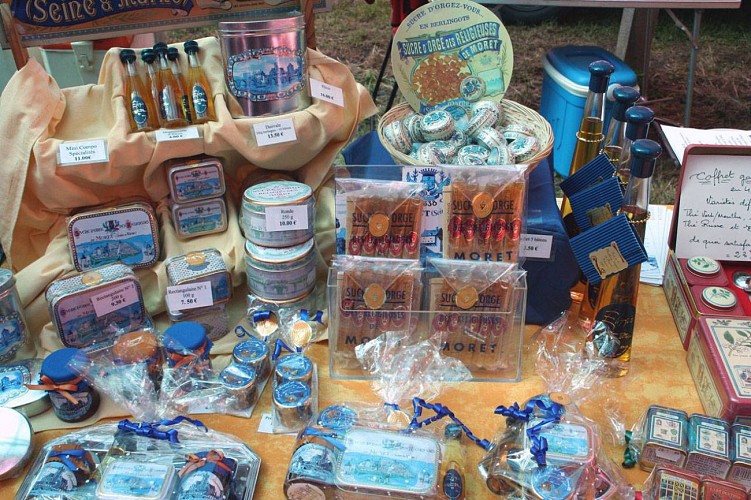 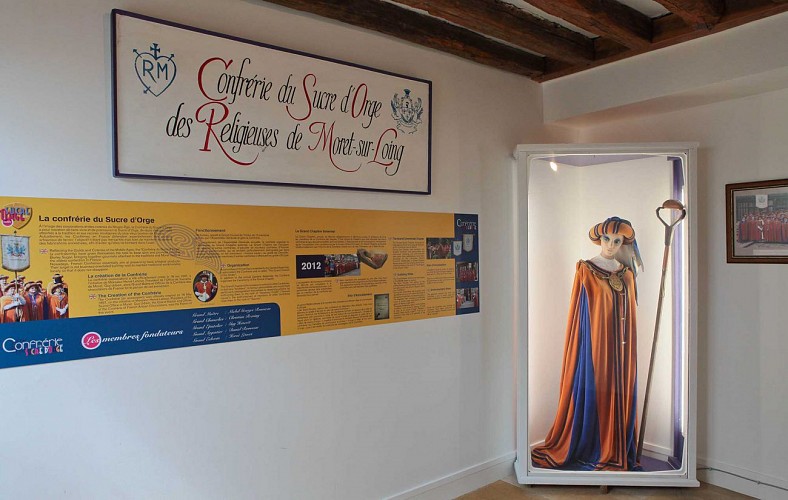 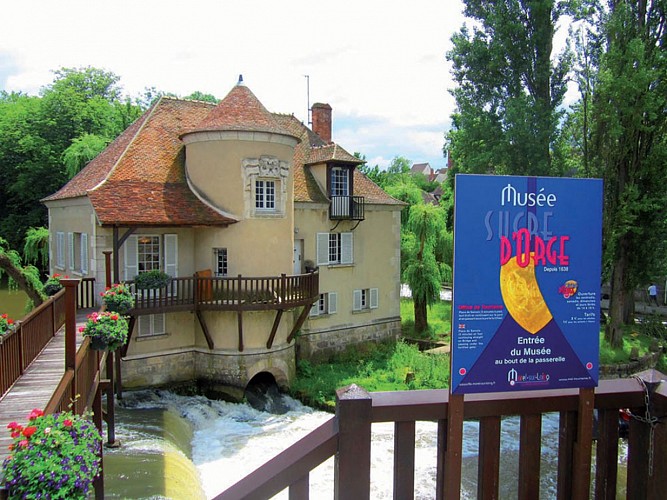 The Moret Nuns Barley Sugar has been well-known and appreciated for more than 300 years, It was originally made by the Benedictine nuns who, in 1638, founded a house in Moret, under the name of the Priory of Our Lady of Angels.
This sweet, unique in its own way, was the delight of the most important people who carried of large quantities when the Court came to Moret.

After having prospered under Louis XIV and gone through a period of glory until 1758, the monastery when through a number of ups and downs and disappeared in 1792. Production also stopped during the Revolution and even the secret recipe seemed to have disappeared forever, washed away with the nuns by the revolutionary tide.

Luckily, after the bad days, a nun from the former Moret priory, Sister Felicity, came back with her secret to live in the Moret-sur-Loing region. Before dying, she confided the secret recipe to a faithful friend.
Later, when other nuns came to live in Moret, the pious confident, in compliance with the recommendations of the deceased nun, lost no time in handing over the precious formula.

In 1853, production started to grow again. At the beginning of the twentieth century, the nuns produced and sold their speciality in a corner of the Place Royale in front of the church.

The nuns encountered all kinds of difficulties in the 1960’s. They had to stop production and leave Moret in 1972. In 1970, Sister Marie-André handed the secret of barley sugar to Mr. Jean Rousseau, confectioner. Thanks to the association “Produits et Terroir” this centuries-old speciality has been brought back to life and is being produced again. The Moret Nuns Barley Sugar museum in Moret-sur-Loing recounts the history and production of this delicious delicacy.