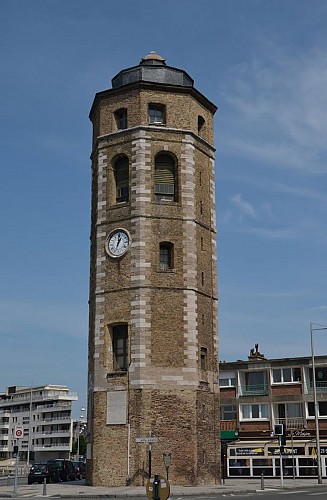 The Leughenaer tower is the oldest monument in the city. Dominating the Minck Square and its fish market, the tower also called Tour of the liar is the last of the twenty-eight of the XVth century enclosure. Legend has it that it deceived the enemy ships instead of driving them safely to the port, causing them to run aground on the many sandbanks and be looted.