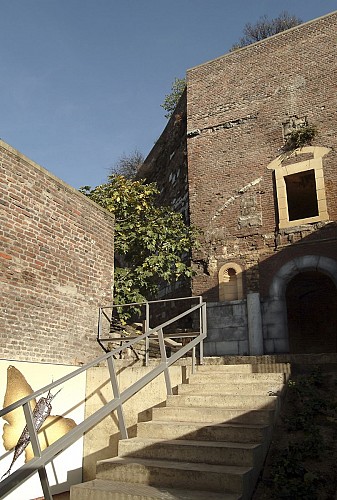 The Minims ,a mendicant order which first appeared in the 15 t h C e n t u r y, were characterised by a very strict rule, where the virtues of penitence, humility and love were primordial. These friars believed in perpetual fasting and abstained from meat, dairy produce, and eggs. They carried out charitable and pastoral works,mainly in the urban environment. Their motto was: “Charitas et Humilitas” (Charity and Humility). The Minims settled at the Pérî district in 1624, and only left during the revolutionary period at the end of the 18th Century, after opening a free school for boys in 1744. In the interests of humility, their habits were very simple: a long undyed black wool vestment with a knotted cord.