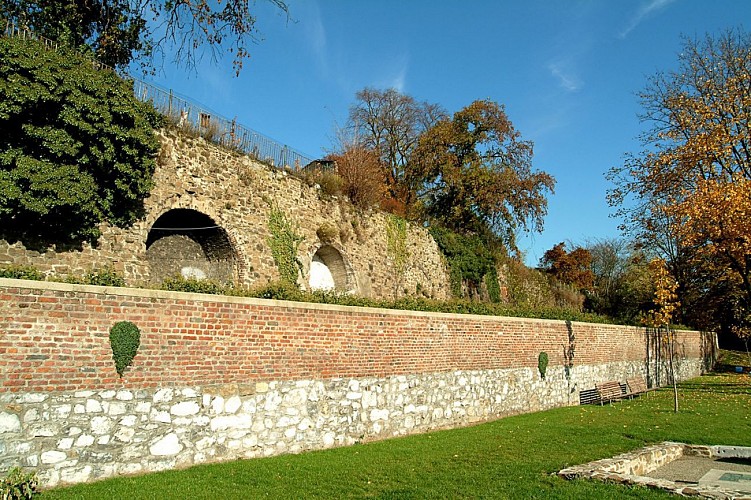 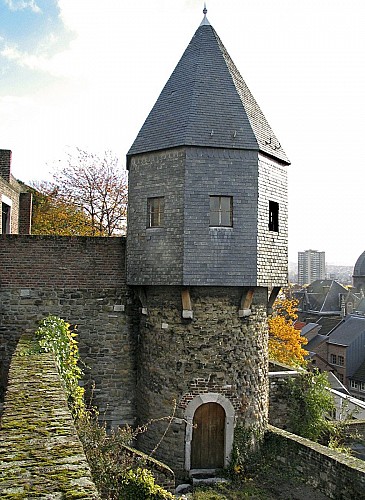 The terraces enjoy a south-facing aspect, sheltered from the north winds. They have a welldrained sub-soil (coal schist and sandstone) which retains heat. Thanks to these characteristics, the site was used for many purposes from the Middle Ages onward: growing vines, medicinal and culinary herbs, kitchen and ornamental gardens. In the 17th Century, the then owner of these terraces, the Teutonic Order, laid out a pleasure garden here, inspired by the models of the Renaissance. The Tour des Vieux Joncs: the name of this tower refers to the fact that the Saint- André Commandery belonged to the High Commandery of the Teutonic Order at Alden Biesen. They translated from the Old Dutch as “old rushes” (vieux joncs in French), which was where the knights in Liege originated from. There is evidence of this tower dating back to 1423. The pavilion of later date surmounting the tower was probably used as an office. The way through the tower is part of the tour.