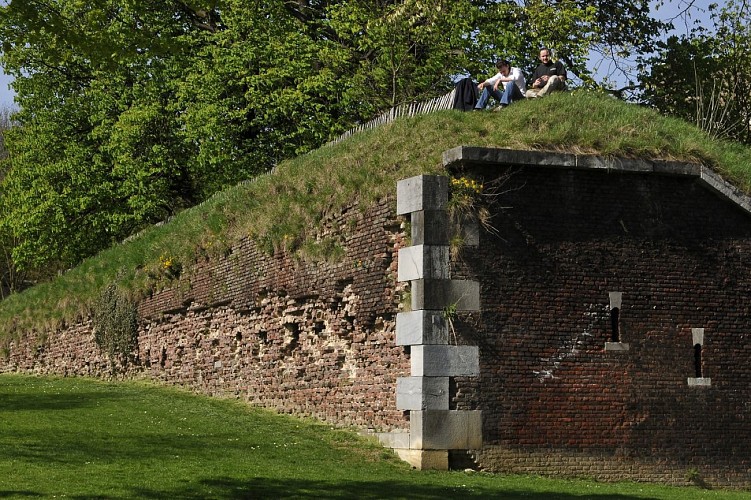 The first Citadel, built inside the ancient walls in the 17th Century, towered above the city. Though built to defend the city, the Citadel appeared also to be a serious threat to it, for there was no love lost between the townspeople and these authoritarian prince-bishops and the canons were not only aimed outwards towards the countryside, but inwards as well. In the course of three centuries, it was demolished, restored, rebuilt and improved many times. One of the darkest periods of its history was during the Second World War, when it was the scene of many executions. In 1981, it lost its military role and passed into the hands of the City of Liege welfare authority, the CPAS, which decided to build a Regional Hospital Centre there. On the other side, you can enjoy a superb view of the city