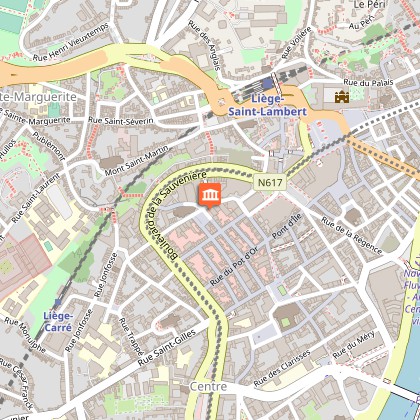 The Cinema Sauvenière, a striking modern building, boasts four projection rooms, a brasserie and an exhibition zone. Erected in 2008, it has since been awarded four architecture prizes including the City of Liège urban planning prize (in 2009) and the Belgian prize for architecture (also in 2009). It is also included in the list of 40 striking buildings in 21st century Belgian architecture. The cinema proposes a wide range of films, many of which are projected in their original version.