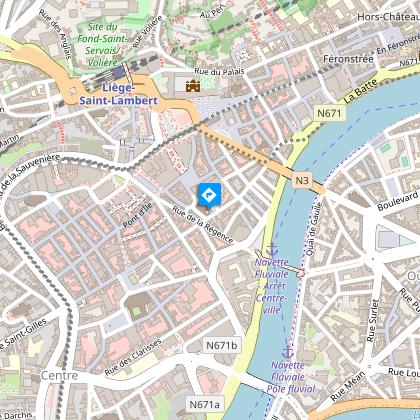 This collegiate church was founded in 987 under the reign of the Prince-Bishop Notger. Destroyed by lightning in 1003, it was rebuilt several years later. The tower was built in the 11th century and at the start of the 12th century. As the centuries passed, stylistic modifications were made to the church. Today, it is made up of a Romanesque style tower and nave, a gothic choir (from the 15th century) and a baroque (17th century) as well as rococo (18th century) interior.