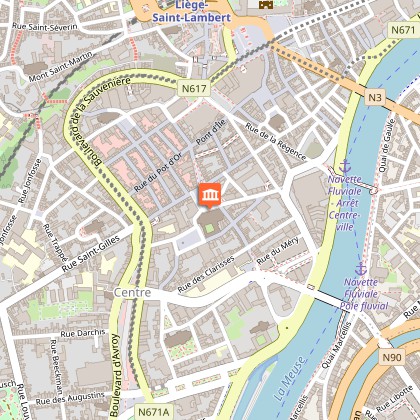 In 1803, with the cathedral of Notre-Dame-et-Saint-Lambert lying in ruins, the Saint Paul’s church was given the status of cathedral following the Concordate. It was shortly after this event that the bell tower was completed. Its shape is evocative of its counterpart on the now disappeared Cathedral of Notre-Dame-et-Saint-Lambert. The church boasts many remarkable works, including its 16th-century stained glass windows or also the magnificent Reclining Christ by Jean Del Cour dating from 1696.