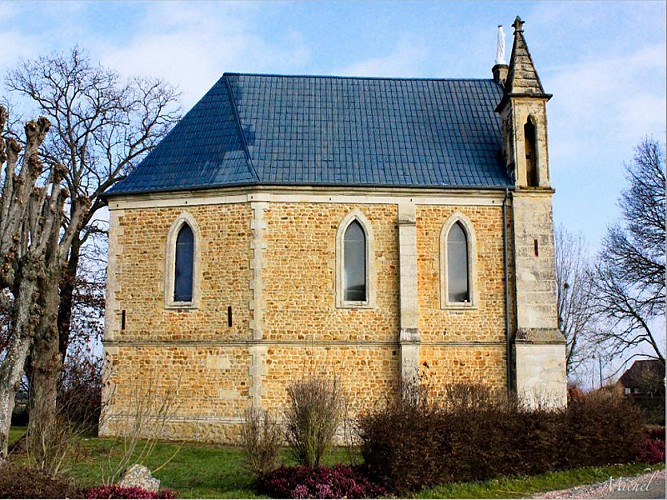 Rebuilt on or near a chapel, destroyed in the late 18th century and bearing the same name, this church, referred to as the Saint-Jean-de-Malpas Chapel is of Neo-Gothic construction. Its long single nave configuration earned it the name of Notre-Dame-de-Lourdes (Our Lady of Lourdes) in the early 20th century.