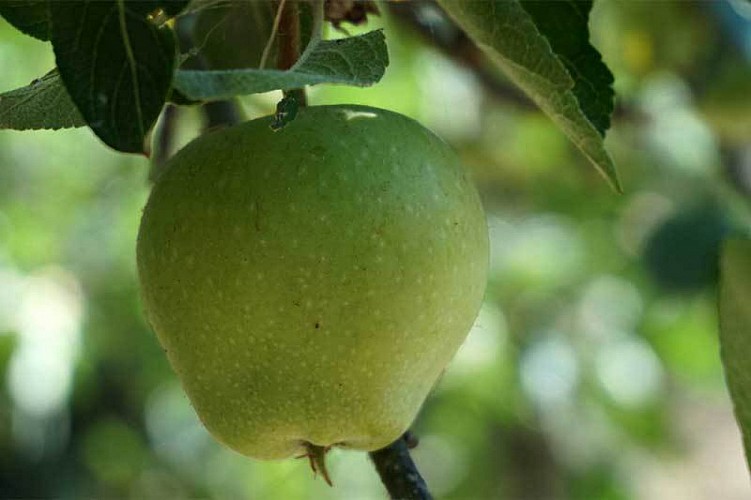 Fruit trees. The reproduction of plants

Many species of plants are grown because they produce tasty edible fruits. Next to you you have a representation of several native varieties of fruit trees like the pear (Pyrus communis) or the apple (Malus domestica).

An advantage of native varieties is that, having originated in this environment, they are perfectly adapted to this climate and to the conditions of this place in which they have evolved. In the case of fruit trees, this is very important because their cultivation requires much less phytosanitary care than imported varieties.

How do these delicious fruits produce?

These species usually have explosive blooms. For a few days a year they are filled with flowers. In this way they are able to draw the attention of some flying insects on which they depend to produce their fruits: the pollinators.

When they bloom in an explosive way, they attract pollinators, who, in exchange of proteins and sweet reward in the form of pollen and nectar, will be responsible for transporting the male gametes among different flowers, in order to fertilize the ovules.

Did you know that the fleshy fruits are considered evolutionarily more recent than the dry fruits that have many flowering plants? Since its origin, they have been able to substantially improve the process of seed dispersal by getting many animals to ingest it and excrete the seeds far away from the mother plant, without damage them. In this way, they are able to expand more efficiently.