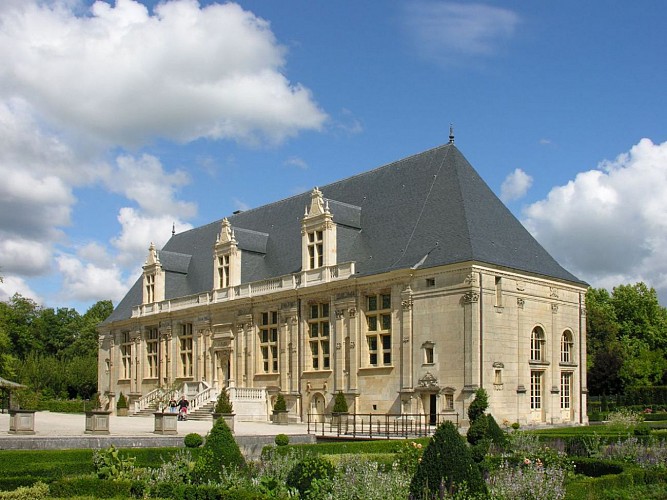 This “pleasure palace” was built between 1533 and 1546 Claude of Lorraine, 1st Duke of Guise, and was intended as a completion to the medieval stronghold overlooking Joinville that now no longer exists. The castle was built as a reception site and private suite and constructed on one level. It had three rooms: the state room, the ducal suite and the St. Claude chapel.

The building is incredibly rich in sculpted works, notably combat scenes from Antiquity, victory scenes and mythological carvings, reminding us that the Renaissance brought the Greco-Roman antiquity themes back in fashion. There are many indications that both architecture and ornamentation were inspired by the Italian School who were so popular in Fontainebleau.

In the 18th and 19th centuries, the site was passed to other owners before being acquired by the ironmaster Pierre Salin-Capitain in the middle of the 19th century. He managed to return it to something like its former splendour by restoring the castle and laying out the gardens in an informal English landscape style. The castle is now a cultural centre and has a packed cultural programme during the year, together with events for everyone.