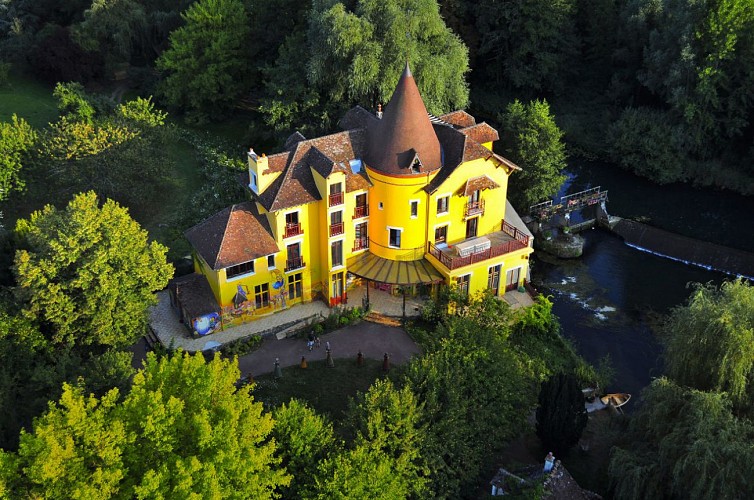 The Moulin Jaune is a laboratory of creation, in continuous evolution and eternally unfinished.
Garden-Theatre
The garden of the Moulin Jaune, recognised as an ""Outstanding garden"" by the Ministry of Culture in December 2014, is a park made up of several gardens which are the scenes of artistic work.
Each with its dominant colour, its little scenic spaces and its cabin to work, escape, sleep or play...
Constantly evolving, the garden is being constructed progressively, with spaces in planning, some in transformation, others finally in a temporary balance. Several landscape artists, gardeners and teams, including integration programmes and volunteer gardeners, work there throughout the year, distributed depending on the projects.

Maison-Théâtre
In 2001, Slava Polunin moved to the banks of the Grand Morin. The building, modified many times over the centuries, had been uninhabited for over 20 years. Without betraying its history, he made it a place of work and living. Each room has its own atmosphere, a product of travels, childhood memories and the imagination of Slava and all those he invited there. Safety reasons prevent him from opening the doors of his Mill as often as he would like to.

In 2014, the farmhouse was renovated. The building was crowned with a work of art made from chestnut oat planks. There are rooms for the artists, artisans and temporary or residential associates.